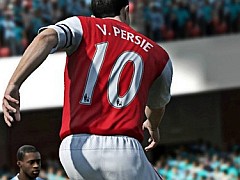 FIFA 12 was revolutionary. With the introduction of the ‘Holy Trinity’, EA leaped ahead of the competition like Didier Drogba surrounded by a weighty gust of wind. Echoing Chelsea’s Ivorian salmon, FIFA 12 placed an emphasis on physicality, smart attack, and helping out in defence when your captain decides to ‘accidentally’ assault another player on the pitch. It played with the bullying nature of London’s famous Blues, but this year those comfortable defenders will be given something to think about.

If FIFA 12 resembled Chelsea, FIFA 13 has greased back its hair and is smelling of Madrid’s Galacticos. Like Crissy and the Boys, EA has a few attacking tricks up its short sleeves (it’s warm in Madrid). Ladies and gentlemen, here are the main gameplay changes and additions to FIFA 13.

After Manchester City’s title-winning comeback, this is undoubtedly the place to start. Football games have never managed to replicate the drama of the real thing, but FIFA 13 aims to give it a bloody good go. This year lead producer David Rutter intends on ramping up the unpredictability of the series. Importantly, this places an emphasis on the nuances of football, and isn’t going to be an overbearing inevitability in each match.

Little bobbles off the knee, an off-balance header, even a player blocking your own shot – these are the kind of events that may happen during in FIFA 13. Rutter was adamant this kind of occurrence isn’t going to happen randomly, and will only appear if it makes sense. After the crazy season that was Premier League 2011/12, don’t expect an elderly man to handcuff himself to a goalpost, or a chicken to interrupt play. Instead, minor instances that could change the course of a game will crop up from time to time.

Ever wondered why Lithuania’s reserve right-back can bring the ball down on a 50p piece? In FIFA 12, if a player had two feet his first touch was sure to be stupendous. As any footballer knows, this simply isn’t the case.

Thankfully, EA has worked hard to ensure a more realistic first touch mechanic. The power, speed and quality of a pass will now be weighted against the receiving player’s ability. While David Silva will suck the ball towards his feet, lesser players are likely to need more than one touch to get the ball under control. This eliminates near-perfect beginnings for every move, making an exceptional first touch or piece of skill all the more impressive. If you’re lucky, EA will also include a “My word!” sound-byte from Ray Wilkins to compliment the new set-up.

With Lionel Messi signed-up as EA’s leading man, it comes as no surprise that he’s the inspiration for the improved dribbling system. Like FIFA Street, an emphasis is being placed on close-quarter control. Aside from a few step-overs and standard tricks, FIFA 12 didn’t provide many options to get past the opposition. Most of the time, a simple flick of the right stick was the most effective method of bypassing a threat. FIFA 13 does things differently.

The biggest change to dribbling is a simple one. Instead of coming to a complete standstill when performing a trick, highly-rated dribblers will be able to perform manoeuvres with pace. The likes of Messi and Ronaldo can change direction instantly, leaving the opposition in the wake of their oddly feminine boots.

In one-on-one encounters, the angle of your player will also make a huge difference. If you’re not staring directly into your opponent’s eyes, body position and strength will be vital. Expect barges up the backside and cynical clips on the heel, as FIFA 13 promises to employ a more hard-hitting, balletic dribbling battle.

Alongside the improvements made to dribbling, attacking AI is far more intelligent than before. EA has implemented new positioning code, which sees your team mates analysing space more realistically than ever. They’ll pop into free gaps by being more decisive, pulling defenders away from your position if pressure is mounting. Your team will also consider exactly where they should be running to and when, carving opportunities that could provide a major advantage. In summary, EA claims AI players have the ability to think two plays ahead.

Set-pieces have always been divisive in FIFA. Some players would ‘get’ it and capitalise at most opportunities; others would crash the ball into the wall or send it out of the stadium. This year EA will provide greater scope to its free kick system, with a host of new options to choose from.

For the first time ever, many players can surround a dead ball. Like the finely-worked routines of Young and Rooney in Manchester United’s 8-2 victory over Arsenal, free-kicks can now be crafted with imagination. Players can jump over the ball, lay it off to different positions, and try to out smart the opposition with creativity and gusto.

Equally as important, you can now add or remove players from your defensive walls. Only a minor change on the surface, this will totally change the way free-kicks are blocked. Finally, you won’t have to place someone on the line to stand any chance against talented teams.

Improvements to the Player Impact Engine

As one part of FIFA 12’s ‘Holy Trinity’, the Player Impact Engine redefined the physicality of the series. Since release, it’s also shown itself to have a number of problems. Although many of these are hilarious (such as the ‘FIFA 12 Kiss’), many are just plain odd.

In the last game, limbs flailed out of sockets and often got tangled within a crowd of bodies. This is due to each player having unrealistic strength in their joints, as they continue to run and challenge without a glimmer of pain, their bodies contorting like an overpaid circus performer. Adjustments to strength and balance have been made throughout the entire game. Stronger players can now use their body to win possession, knocking weaker opponents off the ball – applying pressure simply through sheer physical presence.

For lumbering oaths like Puyol and Terry, the lack of speed can also be counter-acted through the new push-pull mechanic. If a speedy striker breaks clear, a quick tug of the shirt or barge can deplete their momentum, thus ending the attack. Sure, it’s a dirty tactic, but it’s one that has suited Mourinho across his trophy-collecting career.