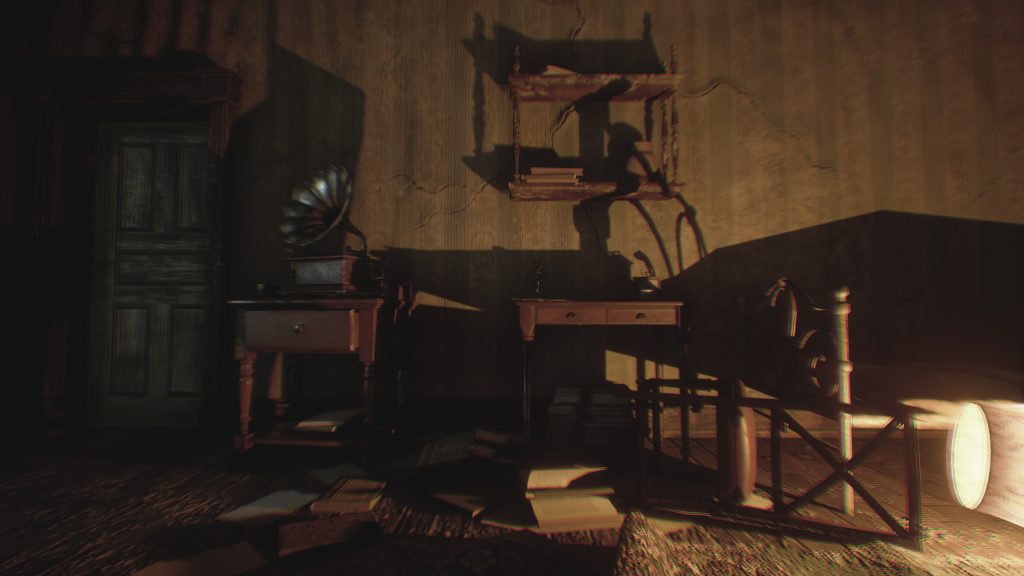 Bad internet and frozen eyelashes: making a horror game in the coldest city on Earth

Yakutsk in Siberia is the coldest city on Earth. That’s not hyperbole. Yakutsk has the lowest winter temperatures of any city, anywhere — it has apparently never recorded temperatures above freezing from November 10 to the middle of March — which is why every article about it (including this one) will probably feature the phrase ‘coldest city on Earth’ in the title.

It is fortunate, then, that the stereotype tells us that nerds aren’t predisposed to going outside, because there’s currently a small group of indie developers busying themselves making a game in Yakutsk.

Grigory Everstov, the CEO of Cracked Heads, was keen to dispel all the stereotypes of their region of Siberia, the Sakha Republic: that in Sakha they ‘stumble on diamonds in the street’ (the Republic produces roughly a fifth of the world’s supply of the things); they all travel on reindeer sleds; their winter is endless; they all live in yurts. None of this is the case in real life, he assured me. Yakutsk is a regular small city, and they have very mild summers, reaching highs in the mid-30s. He does concede, however, that in winter it’s ‘Really very cold.’ The city is blanketed in a freezing fog and the citizens wrap themselves in fur and scarves, so that only their eyes are visible. Grigory told me to look up photos of Yakutian winter: ‘I think you will be impressed.’ I did, and I was. Cars drive alarmingly fast on icy roads, every house looks like a frosted gingerbread one, and eyelashes turn thick and white.

Though the way Grigory talks about the weather seems peculiarly blasé to someone whose country grinds to a halt at a feather dusting of snow, at which point every news station has to do 24 hour broadcasts from grit storage facilities to assess whether or not there is enough grit (there might not be), it does affect game development. I was first interested in talking to Grigory because he sent a press email out mentioning that, given how rough the internet connection in the city was, he half expected he wouldn’t be able to send it at all. ‘There are always problems with the internet in our city,’ he explained to me, with a tone that you can almost see the resigned half-shrug in. ‘Because of the weather, the internet lags and turns off for an indefinite period. Fortunately, this doesn’t happen every day.’

The five members of the Cracked Heads team work in an apartment they’ve turned into an office, which looks out on crumbling wooden houses. The view doesn’t bother them, because they’re fixed on their computer screens. The team met whilst working at a mobile development company, which Grigory worked at for six years, and after doing other people’s projects they realised they could, in fact, make something of their own. They used to all work remotely, each from their own home, but in the apartment they can discuss ideas and work together more easily. At times some of them live there. ‘For several days, because of the big amount of work,’ said Grigory. ‘We have a small staff, but big plans, so we have to drink more power energy drinks and develop the game all day and night.’

What they’re working on is a creepy psychological horror game called Silver Chains, in which a 17 year old boy explores his past at the same time as he explores the mansion he was born in. The secrets of both, and of the boy’s family, Grigory described as ‘terrible’ and ‘bloody’. In Yakutsk, haunted houses loom nearer than they do elsewhere. Ask any family in town, and they’ll have some horror stories to tell you. Not the well worn, comfortable ones we all know, like Dracula or Frankenstein’s monster, but personal ones that happened to them, or their parents, or their parents’ parents… It’s why the team chose to do a horror game; because it feels so close to them.

The Sakha Republic, and Siberia as a whole, has an extremely strong history of shamanism, as was practised by the indigenous population before the Russian Empire pitched up and did the usual empirical thing of forced conversion. In a 2012 survey, the majority of the population of Sakha described themselves as Russian Orthodox Christians, but 13% are still resolutely on board with shamanism (and the summer is greeted with a traditional new year festival that is a national holiday in Sakha). Grigory considers it the religion of his nation. ‘Our ancestors believed that our world is full of nature spirits that resisted evil spirits from the “lower world”, something like hell — the Abaahu,’ he explained. ‘Our parents used to tell us stories about the Abaahu in childhood, and they said that it’s a fairy tale. But now we understand that it was real horror stories!’

This year, Cracked Heads took Silver Chains to E3, where they had a booth and filmed players being terrified. It was difficult for them to get visas for the LA visit because, Grigory said, with the same matter of fact turn of phrase he used to describe the weather, ‘The influence of political relations between Russia and the United States is felt.’ They were only just able to get visas in time; in the summer, visa issues were suspended entirely. As of September, the consulate in Moscow resumed visa interviews. All interviews at the consulates in St. Petersburg, Yekaterinburg, and Vladivostok are still cancelled until further notice.

It’s also difficult for a development team working in rubles to pay for programs that use dollar prices. Russia’s currency had a huge drop against the dollar at the start of 2015, and saw another dip at the start of 2016. Grigory estimates that it’s seen their costs double, which is a sobering comparison given all the bitching we’ve been doing about Apple phones being a bit more over here after our spectacular Brexit cock up.

But, despite the issues Cracked Heads face, making the game is their dream, like it is for so many other people, and they aren’t about to let little niggles like sub-zero temperatures, international politics, soaring expenses and terrible internet get in the way. It was only the last one that made Grigory even mention the possibility of moving to a more central city, but thank God the internet isn’t off every day. So I asked him: why don’t you move? Wouldn’t it be easier?

‘Despite all the difficulties that we face in the development of the game, we are not bad at coping. So there is no urgent need to move,’ he said. ‘Here are our roots, and culture. Here we get our inspiration. And in the end, this is our homeland, which we love and appreciate.’