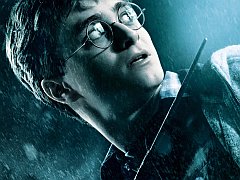 The next Harry Potter game, The Half-Blood Prince, is due for release later this year on every conceivable format under the sun. Last week we caught up with executive producer Jonathan Bunney and the appropriately-named producer Darren Potter, chatting about waggling, the Potter licence and the challenges of making games for kids.

VideoGamer.com: This is an amazing licence you’re working with, but are there ever times when it feels restrictive, in terms of how creative you can be?

Jonathan Bunney: I think there are times when it feels like that, but the truth is that JK Rowling’s world is amazing. What we do differently with the Harry Potter game, compared to other movie-game makers, is really embrace the fiction. We get a 120 page script and a 650 page book, and it’s, “wow, what an amazing opportunity!” rather than, “oh, have we got to tell the story? Wouldn’t it be cool if Harry Potter had a machine gun?”. There are times when you think, “Wouldn’t it be cool if we did this?”, But actually there are lots of other cool things we can do. I don’t think we’d have come up with a potions game if potions hadn’t been in this book. It’s not something we’ve done before…

Darren Potter: I don’t think we’d even considered it for previous games.

DP: But to be fair there have been occasions where we have proposed our own fiction. The beauty of working so closely with not only the film-makers but also with Joanne (K Rowling) is that she effectively signs off on everything we do. All of our scripts go to her, all of our mission plans. Not just the script of the mission… if we want character A to do something or other, she might say, “actually, I don’t think that character would have done that. Why don’t you try this?”.

VideoGamer.com: Is she quite strict?

JB: There are a couple of stages, so Warner Brothers gets to see everything we do first then they forward it on to J.K Rowling. We tend to make sure that anything that leaves our building is good, so I actually don’t think that in nine years she’s ever said no to anything we wanted to do. So on that basis, no she’s not strict. But we’re pretty damn strict on ourselves because we’re fans of the fiction. We simply don’t let people join the game team unless they like Harry Potter. It’s not a normal thing for grown men to be into, let’s face it. We get lots of people join us who say they love Harry Potter but that they don’t know all the terminology, and then you realise three weeks later that they’re using all the language – because actually it’s been within them. Certainly when I hang out with my friends I don’t talk about Levi Corpus spells, but in the studio it feels perfectly natural.

DP: We are lucky. And the fact that this is now the sixth game, and it’s been the same production company all the way through in terms of the movies, and we’ve always had a very close working relationship with Warner brothers… you kind of grow together in a way. In the same way that the films have grown as big as they have – they’re always eagerly awaited – it’s definitely the case now that we know that what they like is what we like. The great thing is that things have now come to the point where… well, last year on Order of the Phoenix we built Hogwarts in full 3D. Kids loved it, and the movie production company loved it as well, so this time around [for the film] they looked at our 3D models and started planning shots.

JB: Their locations are all over the place, a castle in Scotland, a cathedral in Bath, so this lets them see how things join.

VideoGamer.com: How did the game’s adaptive difficulty system come about?

DP: When we were focused on looking back at things, we were thinking, “we’ve never made a game that’s too easy”. The adaptive difficulty is a great step forward because as soon you make things very easy and not challenging people stop playing. It’s great for me because I know that everyone is going to be able to finish the game. There’s a stat that only five per cent of people finish a game…

VideoGamer.com: Do you think there’s a tendency for kids games to be patronising?

JB: I don’t know. You’re not the first person to ask that question. Great games can be simple. Wii Sports is very simple and it’s great, right? It’s not Grand Theft Auto, but it’s great. I love Left 4 Dead, and fundamentally that’s just “fire your weapon as fast as you can”. It’s very straightforward. A lot of movie games I play aren’t great, and the truth is that a lot of games I play in general aren’t great. Obviously, with games that are constrained by timelines… but then all games have a timeline of some kind, there’s always a release window. So yeah, I don’t know. I have played some great kids games.

DP: We play a lot of kids games. Not just kids games, but a lot of action platformer, adventure games. I don’t know if they’re easier, but you generally find that kids game are much better explained to the player than a lot of other games. One of the games I really love is Jak and Daxter. It’s one of the only things I’ve ever 100 per cent completed, and while it might have been quite cute and cuddly to look at, it’s actually quite a hardcore game. Sometimes people lose that distinction. But in terms of the games that are age-specific to kids…. Spiderwick Chronicles was something we looked at, being another movie game. It’s a good example of something that’s nice and easy to understand or to pick up. We know there’s no point in us making a hardcore game because eight-to-twelve year old kids won’t understand it. So the key for us is making sure there’s that depth that keeps everyone really focused, and the adaptive difficulty is a real boon for us because we know anyone can pick up our game and have a great experience. It’s something that JB and I are very proud of, because we know that anyone who picks up our game should be able to finish it. They’re not going to get stuck. And the real cool thing is that it’s not just adaptive difficulty for everything, there’s adaptive difficulty for flying, potion making and just wandering around…

JB: And they’re all independent of each other. They’re completely different skills. You’ve got a racing game, a pattern-matching game and then the duelling. We’ve all got different abilities. You said just now that you weren’t so good at the Quidditch, so if you could print out what your difficulty levels were at the end of the game, you might be a bit lower on flying.

VideoGamer.com: Please don’t! I wanted to ask you about the Wii. What do you make of it as a development platform, and the whole “too much waggle” debate?

JB: Well, in some ways we can answer that question best by showing you the game, but the truth is that it [the remote] is a wand in your hand or a broomstick. We’re not in a car-racing event where we’re suddenly, “waggle the controller to wave to the crowd!”. It fits very naturally into our world. You can waggle your way through the whole game, pretty much, or you can choose not to.

DP: Harry has a wand, and this Wii remote is effectively a wand in your hand. I can use Wingardium Leviosa [demonstrates the spell by moving the remote]. So yes, we’re waggling the controller, but it’s because I’ve got a wand in my hand! It’s not some disconnected thing. It’s a perfect match, the Wii version. It works so well. That’s not to say it doesn’t work so well on PS3 and 360, because we’ve spent the same amount of time with them. The analogue sticks are great. But for that full-bodied engagement with the wand in your hand you’re not going to beat the Wii.

JB: It’s indicative of our team. It’s a bit like your earlier question about working with the Harry Potter license. It’s awesome! Alright, we need to make the game on Wii and clearly there’s a business reason to do that, but our reaction is “that’s really cool! It’s a wand! It’s a broomstick! How much fun can we have?” rather than “oh right, so we’ve got to make waggle controls”. We just don’t have that conversation. The Wii is awesome for the right audience with the right gameplay.

DP: Actually, I think that’s the key for me. If you’re going to make a hardcore racing game, why would you want to do it on the Wii? That’s not necessarily to say there shouldn’t be good racing games on the Wii, but could you make Gran Turismo? I don’t know if you would. I think you pick your platform.

VideoGamer.com: Will this game feature the voices of the film’s cast?

JB: It’s a mix and match, to be honest. We’ve had a few of the cast come into the studio, but it’s down to their availability. We couldn’t get Daniel Radcliffe this year because he was doing Equus and making a movie, but we have his official voice double. When they go back to do over-dubs and things like that, he’s the guy they use. And around the world we have all the actors we can get. Funnily enough, I think France and Germany are getting more of the original line-up.

VideoGamer.com: You’ve been working on this series for nine years now. What has been the biggest lesson you’ve learned during that time?

JB: That’s a good question! I think there have been different things at different times. The penny dropped for us when we got to the Goblet of Fire game when we realised that our main reference had been the books, but for kids now the reference was the movies. At that point we took a half-way step to being closer to the movie, having previously done our own book-version thing. Order of the Phoenix was closer to the movie, and now this is as close as anyone’s ever got to a movie, I think, in terms of getting the story, character and locations.

JB: I’m going to sound like a broken record, but we’ve just learned to embrace the fiction, and not feel that the only way you can make something fun is by having a platform adventure set in hidden caves beneath Hogwarts. Like I said, we probably wouldn’t have had a potions-making game if we’d had just a random magical castle story.

VideoGamer.com: I have to say that I really did enjoy the potion-making demo…

JB: You can unlock more potions by collecting crests around Hogwarts, and as the story progresses you can go to the Herbology Greenhouse and re-play challenges again and do them against a score.

DP: We’ve got this pod [in the studio] that the game is always running on. It’s amazing how competitive everyone gets! It’s got to the point where we’re trying to do it to see who gets the first round in, but it’s definitely close!

Harry Potter and the Half-Blood Prince will be released on all leading formats in the summer.