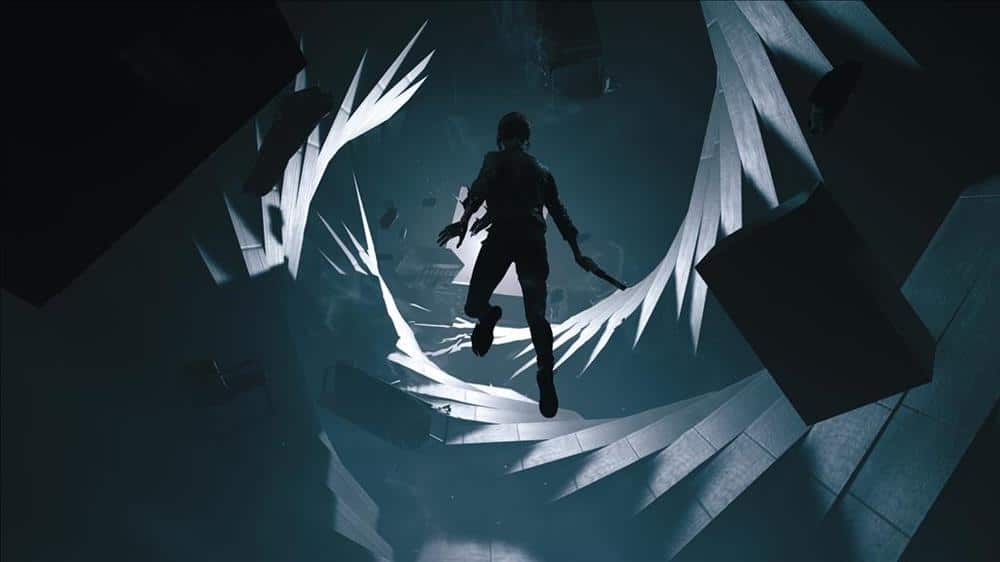 Ironic, given the game’s called Control, that I had none of that there thing when it came to the demo of Remedy’s latest. That’s fine – it’s part of how things work – but after watching a dev from the studio play this imaginative romp through shooting things and weird buildings at E3, it’s hard not to wish I was the one… well, in control.

Control takes place inside the Federal Bureau of Control – a regular, everyday building in the brutalist style that is actually riddled with some kind of supernatural power. Most of the game is set in the building, but that doesn’t mean the player spends all of their time in dour, grey halls.

For you see, there’s some Lynchian shit going on in the FBC building – and some Whovian stuff, too, with the building being a lot bigger on the inside, and all that. It's the kind of stuff that, when you’re watching it in a half hour demo, there’s no real point in trying to decipher it. Though, I am wondering why that guy was sat staring at a fridge (or was it a vending machine?) while asking quite desperately for help… 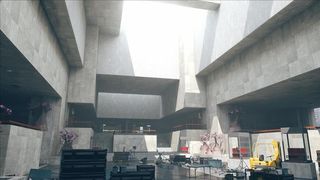 Control has you playing as Jesse Faden, an employee of the FBC whose situation changes thanks to Events In The Story, leading her to gain superhuman abilities. Always good. Said abilities include the likes of launch – telekinesis, pretty much, allowing Jesse to pick up objects like chairs and fire extinguishers to lob them at enemies; shield – ripping up chunks of the floor and making them hover in front of her, Jesse becomes temporarily invulnerable; and levitate – which… well, it’s big, floaty jumps and looks cool.

All the time I was being shown these powers, by the way, I had overlooked gem Psi-Ops: The Mindgate Conspiracy running through my head. If you can possess enemies, controlling their movement and ultimately cause their heads to explode, we’ll all know where Remedy’s main inspiration came from.

It’s not just the powers you have to rely on – Jesse also wields a transforming gun, which from what I saw looks to be just as effective as her powers, though lacks the raw, kinetic feel of ripping up the floor or lobbing an office chair at a foe. Still, it would appear her single, changing weapon is the replacement for a full loadout – I was only privy to two modes, regular pistol and shotgun-alike – but it would make sense for the shooter to follow this path and morph to utilise different attacks and effects. Transforming is cool. 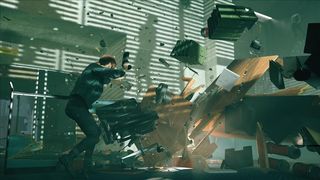 And transformation is big in Control, with the FBC building constantly shifting and moving, turning into a completely different layout – be it to help or hinder – and full of the sorts of nooks and crannies that can fit entire extra buildings inside them. You pull lightswitches and end up in entirely different areas (like a painting, if my memory isn’t playing tricks on me). Remedy is going for a feeling of expecting the unexpected, much as I might hate myself for typing that.

A big part of this hinges on Control’s open world setting – yes, it mostly takes place in a single building, but its ever-changing nature and vast size means it is ‘a world within one location’, to use official Remedyspeak. Control is open-ended and a sandbox, as well as being the longest game the studio has ever made – it’s obviously hugely influenced by Quantum Break, Alan Wake and everything else, but it’s very different to what we’ve seen in structure and size.

There’s still a cinematic storyline backing the whole thing up, even if Control is non-linear, but if you’re mucking about and ignoring your main story missions you may still pick up the odd bit here and there thanks to the wonder of the studio’s trademark environmental storytelling. Okay, so what it boils down to is ‘hearing something on a TV nearby’, but I like it, stop judging me. It was cool in Max Payne, it’s cool now.

All these mentions of enemies and I haven’t even gone into what’s going on – well, not specifically what’s going on as I’ve no idea there, but the general stuff. Basically there’s a nefarious force known as the Hiss infesting the FBC (and possibly the world? No idea). It looks vapour-like, with an oil slickish rainbow following its presence around and is actually quite pretty – at least until it possesses someone and makes them try to shoot your face off. 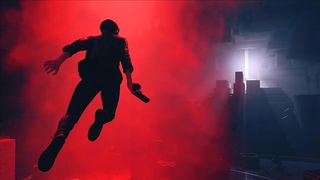 I saw a few different enemy types – regular policecops/security guards who had been possessed and became targets for a telekinetically-lobbed filing cabinet; flying knobheads who I know will be irritating as they float about avoiding your shots; and a big boss chap who both had a name and, when shot, seemed to bleed fire.

Remedy isn’t holding back on the odd with Control, and that’s a huge boon in my eyes. It looks lovely, Remedy has chops when it comes to third-person shooters – yes even Quantum Break, it was good and I will fight anyone who says otherwise – and there are some intriguing ideas at play throughout the game. Well, at least according to what I watched being played.

There’s a quiet confidence about Control – and a louder confidence from Remedy itself. Two years in the making (longer by the time it releases, of course), the studio boosted by a bunch of successes, and buoyed by this particular game’s unshackling from a pointless (and ultimately mediocre) TV series/movie/bunch of FMV scenes that upped the download size by many orders of magnitude. It could be a good one.

Plus I saw Sam Lake before I went in to see Control, and he still has Max Payne’s face and, frankly, it still freaks me out in the best possible way. Good stuff all round. 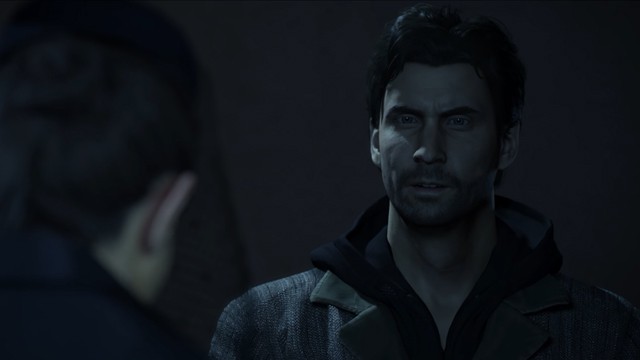 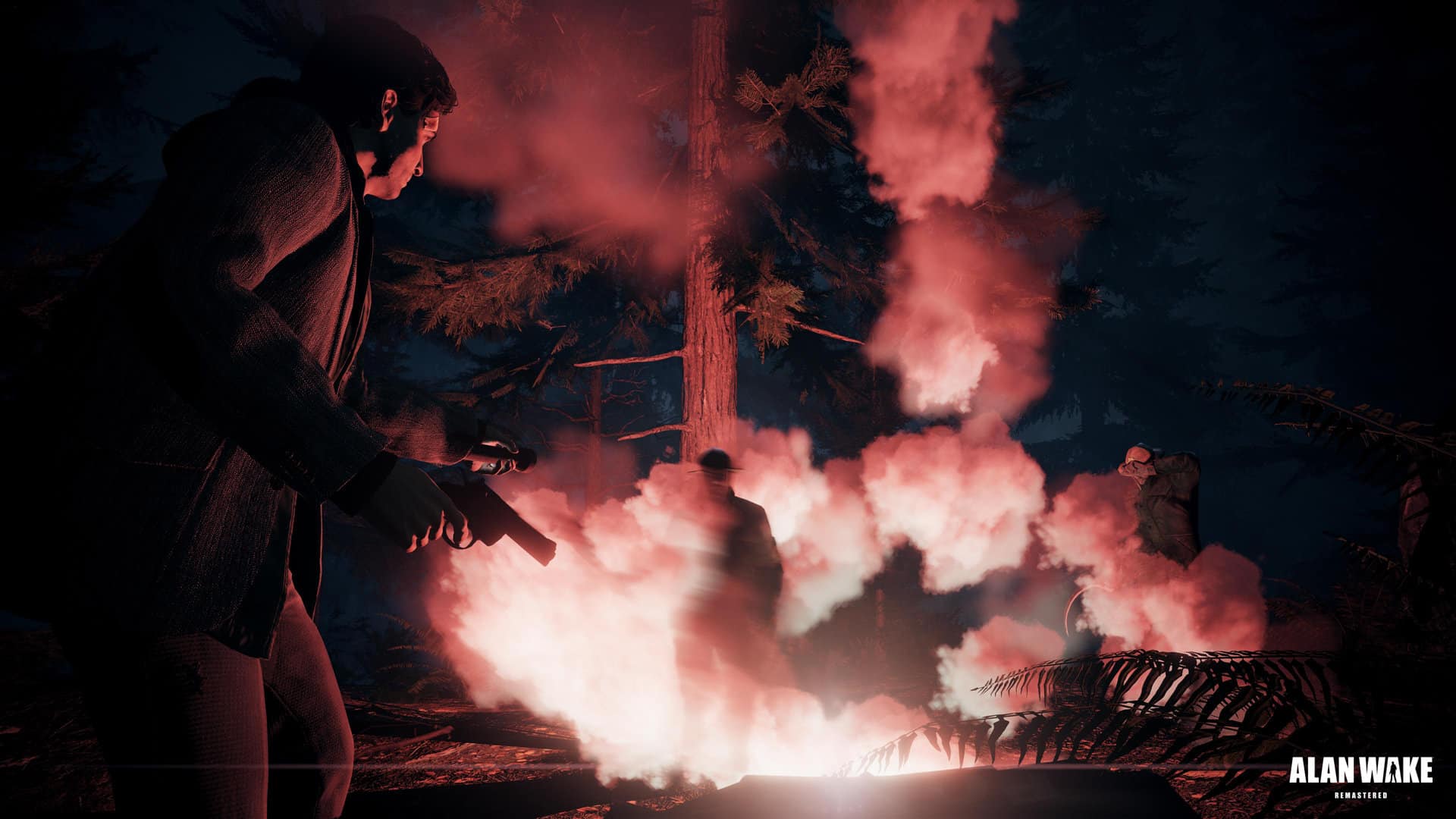 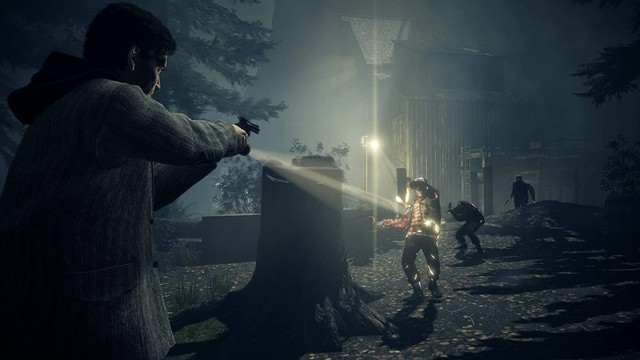