11-11: Memories Retold is boring and beautiful and I want more 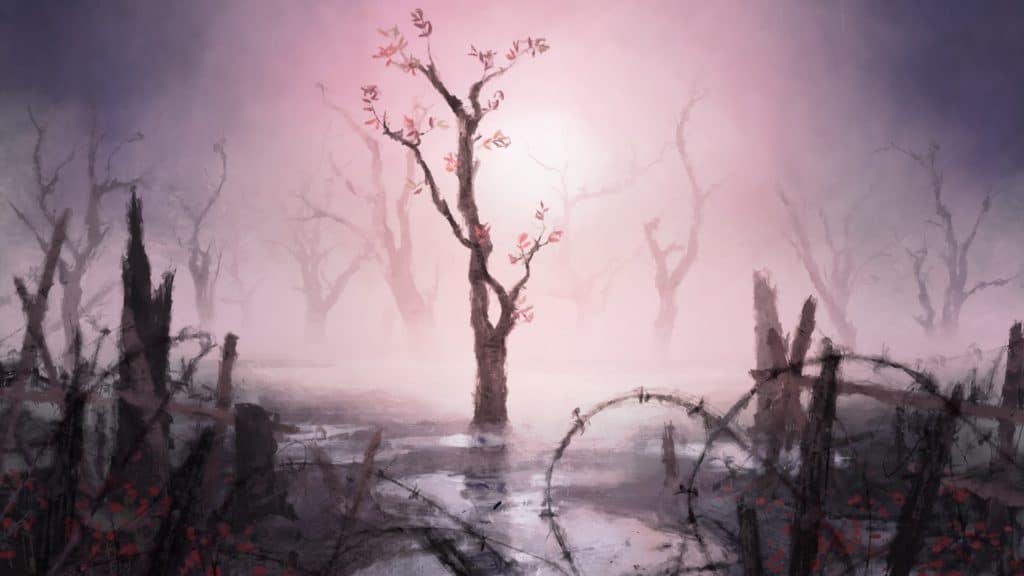 ‘It’s impossible to overstate the historical significance of World War I to us as a species,’ says writer Stephen Long, ‘but what about to a cat, or to a bird?’ Perhaps, to a passing rat, the fall of the Berlin wall seemed a bold new direction in town planning. Long’s writing partner, Iain Sharkey, adds, ‘The human constructs of war are meaningless and nothingness to an animal.’ True enough, but the best thing about 11-11: Memories Retold is how it examines that big, meaningless nothing from our own human point of view.

Before you get to see things from a feline or avian perspective, another, more familiar one is handed to you: that of the third-person narrative adventure game. We follow Harry, a young photographer living in Canada, who enrolls in the army looking for adventure; and, on the other side of no man’s land, Kurt, a German technician and father who enlists in the army to find his missing son, Max. Harry is voiced by Elijah Wood, a strange piece of casting that oddly disjoints the sense of setting. Tolkien was inspired by his time in the First World War to write The Lord of the Rings, so it’s with circular irony that the chirrup of Wood’s cherubic voice is enough to rip you out the trenches and drop you right back into Bag End.

The game is being developed by DigixArt, who previously made Lost in Harmony – a rhythm-action runner – and the people at Aardman Animations, the poet laureates of plasticine. Sharkey and Long previously worked together on Bandai Namco’s Get Even, a tale about perspective and memory; now, they’ve been tasked with suffusing those same themes with The Great War. 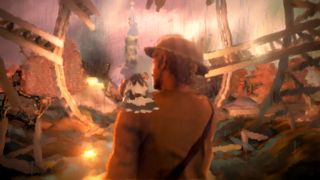 Though, what captivates isn’t the writing; it’s the game’s impressionist art style – stippling spots of colour blushing and shivering in real time, as if smudged to life not with brushstrokes but bare fingertips. Playing the game isn’t like being in a painting so much as it’s like being in painting, as it happens.

In fact, during the time I spent with 11-11: Memories Retold, play was the least compelling part. Fetching buckets of water to soothe the scorching metal of gun emplacements, pulling levers to assemble an aircraft in a cavernous hangar, the point-and-click of taking photos: they all pale in comparison to the vivid colour of the scenery. When you are whisked behind the whiskers of a cat and charged with the simple chasing of a pigeon, the game awakens. With no one interested in shooting you, there’s a weightless joy in scampering softly over enemy artillery.

Toward the end of the demo, all three perspectives intertwined to tense effect, and I was left wanting more. Not more of the routines of play, but more of the game’s sights, more of the ineffable effect it has on you when you see it in motion. What it does demonstrate is the failure of any medium to truly capture the frenzy and farrago of war. Putting a gun in our hands was never going to do it, but the machine gun fire in 11-11: Memories Retold is different; there’s something in the sweeps of yellow light that flash wide and white-hot, a strange new feeling. As Harry takes his photos, you realise the failure of pictures, of painting, of play. Nothing will take you to the fields of Flanders, but there’s a faint flicker of recognition when you see a sea of red flecks against the endless grey. 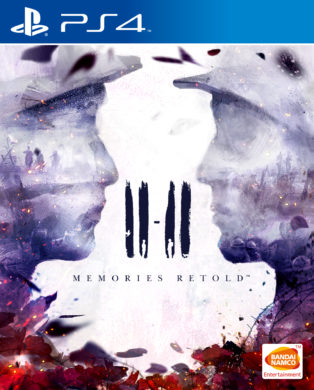