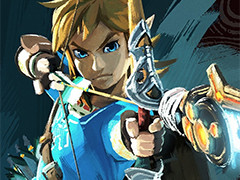 “Zelda looks amazing,” Pachter told Gamertag Radio at E3 last week. “Something I missed… I actually did not realise that Zelda was launching on NX when NX launches. That makes me think NX is much more higher powered than I expected, that NX is an iteration probably closer to PS4 than I thought it would be, and it’s going to have a big title to support it.

“I think probably only Wii U owners will buy Zelda, but I think everybody who buys an NX will absolutely buy it, and I think it will sell them 10 million consoles pretty quickly. Zelda looked great. I mean, it really looks like a good game.”

He continued: “It’s sad that it took them so many years after the Wii U launched to get it out,” Pachter continued, “but the silver lining in that cloud is that it’s going to launch on the NX, so the NX is going to be something you will want to own.”

Pachter’s comments suggest that he believes Nintendo could turn its fortunes around with the NX: Wii U has only sold 12.8 million units total since launching in 2012.

While a release date for Zelda has yet to be confirmed, it is due to release on NX simultaneously with the Wii U version, with many hoping the game will be an NX launch title.

Nintendo NX is due to launch in March 2017, although Pachter isn’t convinced it’ll hit its release window.