Yooka-Laylee and the Impossible Lair announced 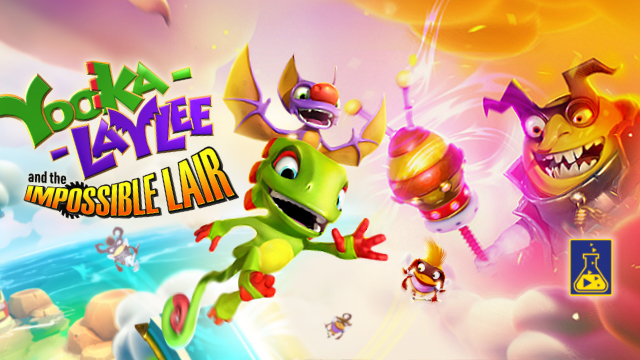 PlayTonic Games has, as promised, revealed a new Yooka-Laylee game entitled Yooka-Laylee and the Impossible Lair for release on consoles and PC later this year.

The game will be a traditonal 2D sidescrolling platformer but levels will be connected by a 3D overworld. You'll use a range of Yooka and Laylee's abilities to traverse the levels and solve puzzles, and just like the original Yooka-Laylee there'll be plenty of secrets to find. David Wise and Grant Kirkthorpe are also returning to compose music for this outing.

Playtonic stress in an FAQ that they don't consider this game a full-blown sequel to their Kickstarted original title, saying 'We’ve got lots planned for the future of the Yooka-Laylee universe, but we want to approach each with a fresh take, as each game is an opportunity for us to add new mechanics and gameplay that isn’t necessarily limited to what’s happened before.'

Yooka-Laylee and the Impossible Lair doesn't have an exact release date yet, but is expected to launch later this year on Xbox One, PlayStation 4, Nintendo Switch and PC. Here's the trailer: