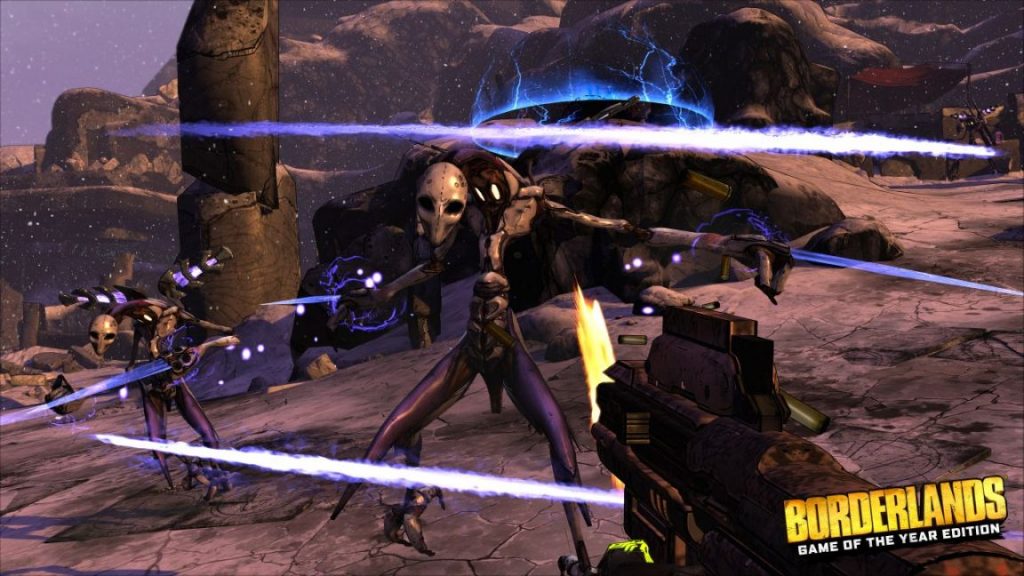 Yes, Borderlands: Game of the Year Edition is coming to PS4 and Xbox One

Gearbox has confirmed to no one's surprise that Borderlands: Game of the Year Edition is getting remastered for PlayStation 4, PC, and Xbox One. The best bit? It's out next week; April 3, to be exact.

Originally released back on the PlayStation 3 and Xbox 360, the spruced up version of the 2009 loot-shooter will feature enhanced lighting effects, improved character models, and prettier textures. In addition, the game will also run at 4K resolution and support HDR lighting on PlayStation 4 Pro and Xbox One X.

If that wasn't enough, Borderlands: Game of the Year Edition throws in all of the DLC, too: The Zombie Island of Doctor Ned, Mad Moxxi’s Underdome Riot, The Secret Armory of General Knoxx, and Claptrap’s New Robot Revolution.

Other improvements include a minimap similar to Borderlands 2 and four-player splitscreen co-op. The remaster is being handled by Gearbox and Blind Squirrel Games.

Have a gander at a trailer below.