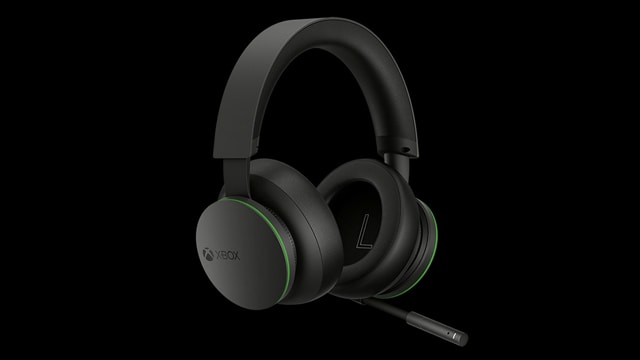 Xbox has unveiled its brand new official Xbox Wireless Headset which will be going on sale next month for around £95.

As described on the Xbox Wire, the new headset has been designed around the Xbox Series X|S and promises to deliver "best in class audio and chat performance, outstanding design and comfort, and unique experiences that are tailored for each gamer."

To that end, the headset supports Windows Sonic, Dolby Atmos and DTS Headphone: X technologies, and includes dual beamforming microphone elements to help focus on your speech rather than the surrounding sound, as well as voice isolation tuning. It even has a toggle-able auto-mute feature so you don't broadcast any sounds you don't intend to.

In terms of the physical design of the headset, Xbox say the new headset has a "durable frame" with inner metal headband, rubberized dial rings for grip and a fully adjustable mic that tucks out of the way when not in use. You can also rotate the ear cups when you want to adjust the game/chat audio balance, saving you from having to go into the console's dashboard to do it manually.

As you'd probably expect, it works across multiple devices including Xbox Series X, Xbox Series S, Xbox One and Xbox One X and Windows 10 PCs as well as any mobile device with a Bluetooth connection thanks to its Bluetooth 4.3 connectivity, and can offer four hours of battery life on just a 30 minute charge (up to a maximum of 15 hours on a 3 hour charge.)

The Xbox Wireless Headset will be available from March 16 from retailers worldwide including the Microsoft Store for around £95 GBP and you can check out a trailer for the headset below.