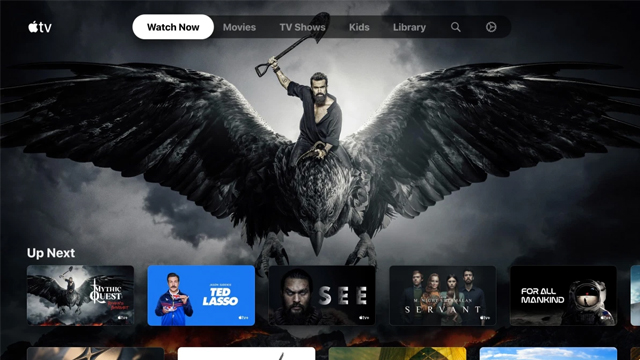 Xbox has confirmed the multimedia apps you'll be able to use on the Xbox Series S and Xbox Series X consoles at launch, including the Xbox debut of Apple TV.

In the post on Xbox Wire, the company confirmed that just as almost all your currently working Xbox One games should work on the new consoles, so too should your media apps, including Netflix, Disney+, HBO Max, Spotify, YouTube, YouTube TV, Amazon Prime Video, Hulu, NBC Peacock, Vudu, FandangoNow, Twitch, Sky Go, NOW TV, Sky Ticket depending on your region.

Apple TV will also be the newest addition when it lands on November 10, bringing with it a slate of Apple Original TV shows and documentaries such as Mythic Quest: Raven's Banquet, Ted Lassoo, See and more on top of movies such as Greyhound and the Beastie Boys Story documentary.

One name slightly conspicous for its absence—for those of us in the UK at least—is the BBC iPlayer which was famously late to the Xbox One party back in 2014. For the time being we'll have to assume it should be on there given it works on the Xbox One as we haven't heard otherwise at the time of writing, but we've not got long left to find out. Xbox Series X|S officially has a week to go now, with both consoles releasing on November 10.