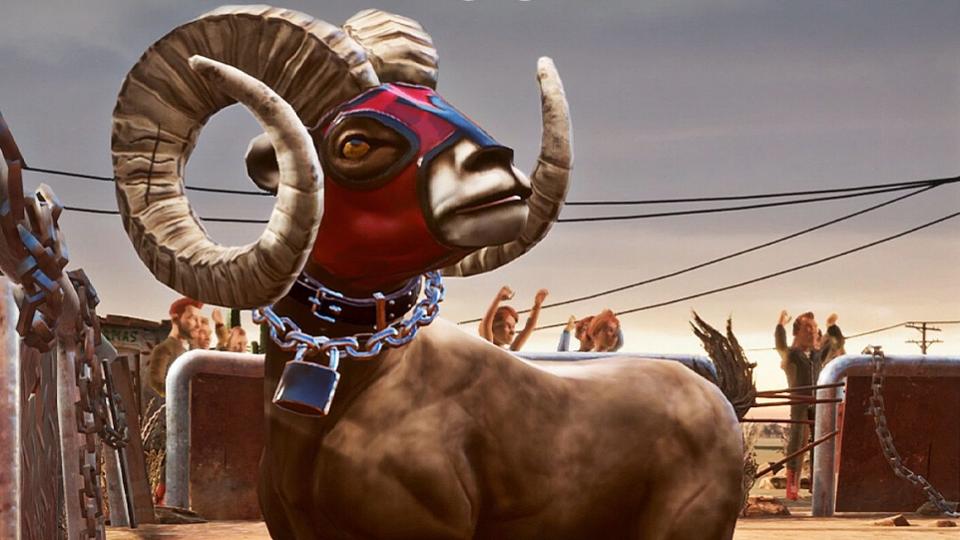 WWE 2K Battlegrounds comes to PC and consoles in September

2K Games has announced that WWE 2K Battlegrounds will launch for PC and consoles in the autumn of this year.

The game steps into the shoes left by WWE 2K21, which was cancelled, following the acerbic reception to the very glitchy WWE 2K20. Developed by Saber Interactive, the spin-off aims to deliver silliness instead of simulation, with “arcade-style action and over-the-top Superstar designs, environments and moves.” Three modes are on offer: a Campaign mode following the “adventures of seven new WWE hopefuls,” an Exhibition mode for outrageous matches, and the King of the Battlegrounds mode.

This one is an elimination-style sitch, as a “last-man-standing mode where four players start in the ring while four more wait outside to enter, challenging you to run the gauntlet and defeat them all.” Eight outlandish maps and a variety of … melee “weapons” are strewn about the place, and contestants will jump from choppers into the ring and flaunt their magical powers. It’s got to be played to be believed, I think.

WWE 2K Battlegrounds comes to PC, Switch, PlayStation 4, Xbox One, and Google Stadia on September 18. Watch the new trailer below.