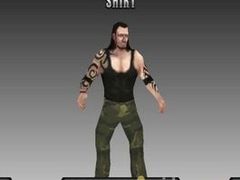 THQ Wireless has announced the immediate worldwide availability of WWE Smackdown vs. Raw 2010 for iPhone and iPod touch.

“The mobile game version of WWE SmackDown vs. Raw 2010 is a perfect complement to the franchise as it blends great WWE action with an extremely high level of customisation,” said Adam Comiskey, Vice President, THQ Wireless. “WWE fans, sports fans and action enthusiasts will absolutely love the depth and pace of the game.”

WWE SmackDown vs. Raw 2010 allows players to create their own Superstars from the ground up and rise from obscurity to become a legend as they face the Superstars of Raw, SmackDown and ECW.