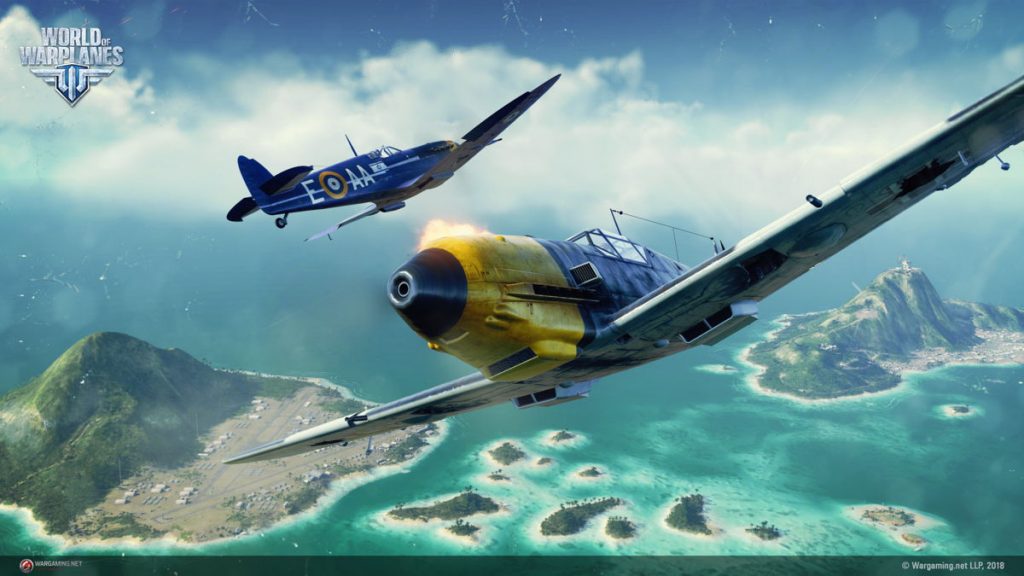 World of Warplanes has teamed up with Iron Maiden frontman Bruce Dickinson to produce a series of educational videos on World War II combat aircraft.

Why enlist a heavy metal vocalist to talk about a video game, you ask? Well, Bruce happens to be not only a well-known World War II aviation aficionado, but he's also a pilot. Plus, his band did that song Aces High, too.

In fact, developer Wargaming has actually cobbled together a new World of Warplanes video set to the track, which features in-game combat footage spliced with actual gun camera action from the conflict.

'We are all delighted that Bruce has brought his enthusiasm and expertise to World of Warplanes with these informative videos which he has delivered in his own inimitable style,' commented Wargaming's Global Marketing Director, Al King.

'As well as the diaries and the Aces High tribute, we are also introducing a renovated hangar subtly branded with iconic Iron Maiden imagery. It’s unlike anything the game’s ever had before and we hope Maiden fans will have fun spotting the various Easter eggs hidden throughout!'

Dickinson's first video sees him chatting about the Hawker Hurricane, a classic aircraft that is often overshadowed by the Spitfire but was actually the main workhorse of the RAF during the Battle of Britain.

Or, if you'd rather see lots of planes get blown up and shot to pieces, check out the Aces High video below.