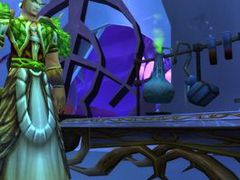 Blizzard and Mega Bloks have detailed this year’s Summer releases including dragons and vehicles.

According to the official World of Warcraft blog, fans should expect to see a buildable Deathwing and Stormwind, as well as exclusive Varian Wrynn and additional action figures with interchangeable gear.

This perhaps suggests more importance being placed on the Varian character in the future. World of Warcraft’s lead quest designer Dave Kosak told VideoGamer.com earlier in the year that he hopes to see Varian Wrynn become a major world figure in the storyline of the MMO throughout upcoming expansions.