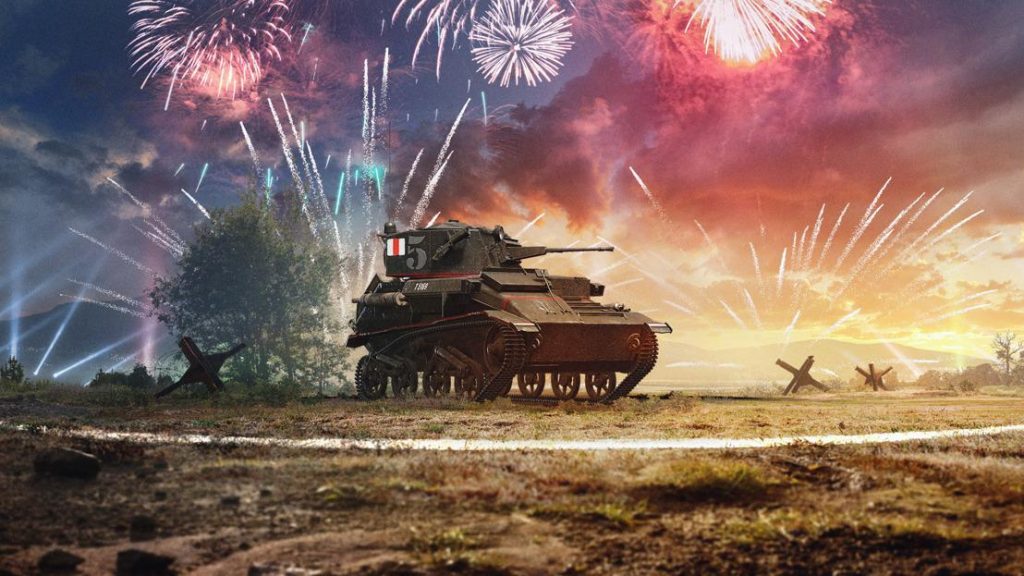 World of Tanks turns 5 on consoles, new tanks and prizes up for grabs

World of Tanks has been available on consoles for five years now, and developer Wargaming has confirmed a bunch of new content is on its way to celebrate the milestone.

First up, there's an exclusive British light tank to unlock in the shape of the Steadfast Light MK VIC. 'Fast and faithful,' the vehicle will be available to anyone who jumps into World of Tanks from February 12 – 18.

Players can also hoover up 75% off anniversary collections spanning some of the best vehicles in the game, plus a mega pack that chucks in every original Premium Mercenary vehicle and Heavy Metal Hero tank.

The birthday festivities don't stop there, either. Wargaming is offering free XP to Crew XP conversion for a limited time, while Gold to Silver exchanges are going at 20% off the usual rate.

If that wasn't enough to tickle your turret, there's 6,500 prize to have a crack at winning by visiting the official World of Tanks website. These include a custom Xbox One X and PlayStation 4, a trip to Minnesota, USA where you can run over a bunch of cars in a real tank, plus various other bits and bobs.

Finally, there's also some stats to digest. World of Tanks has 18 million players worldwide on consoles, and has increased its lineup of vehicles from 112 at launch to a massive 743. The game also supports 11 nations and 114 high-definition maps, up from 10 non-HD maps on release.