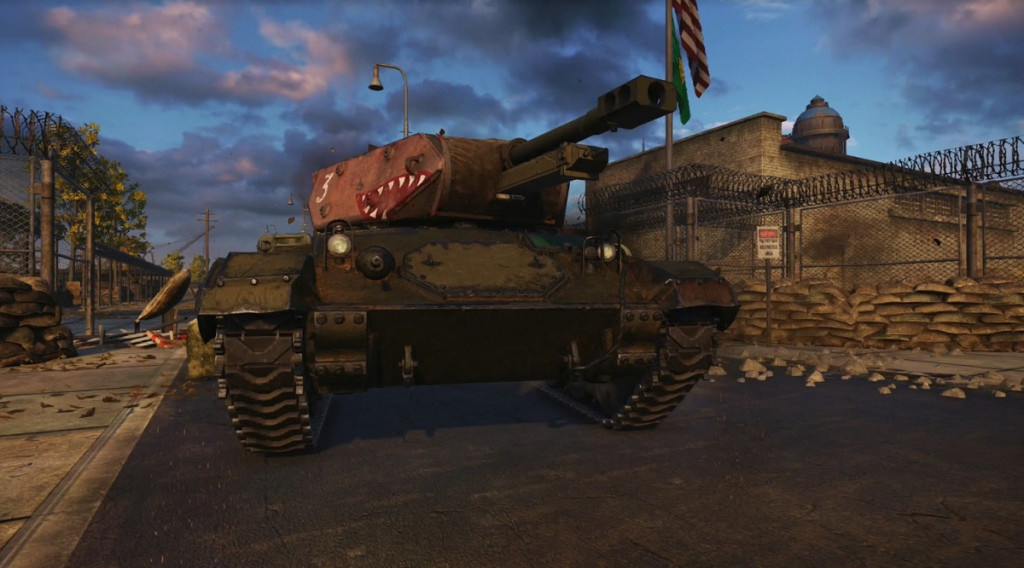 World of Tanks: Mercenaries is set in a lawless alternate reality

World of Tanks: Mercenaries, an expansion to Wargaming's long-running, tank-busting franchise, will launch later this month for PlayStation 4 and Xbox One. The best part? It's totally free, coming as part of update 4.5.

This isn't a minor update, as Mercenaries is set to offer a slew of fresh content, including additional vehicles, a new faction, extra maps, plus a story-driven campaign known as The Heist.

Of course, a game called World of Tanks wouldn't be much cop without its signature vehicles, and there's plenty more in the pipeline thanks to Mercenaries. This new faction has access to some of the biggest tanks to date, which have been cobbled together from scavenged technologies across the globe.

Wargaming has promised that five new vehicles will be available at launch, with more rolling out soon after.

As mentioned, the expansion takes place in an alternate reality. Here, law and order has all but disappeared, with endless wars resulting in the absolute collapse of global powers, leaving soldiers and civilians alike battling it out for what's left. And by the sounds of it, that isn't much.

World of Tanks: Mercenaries is due out on June 26.