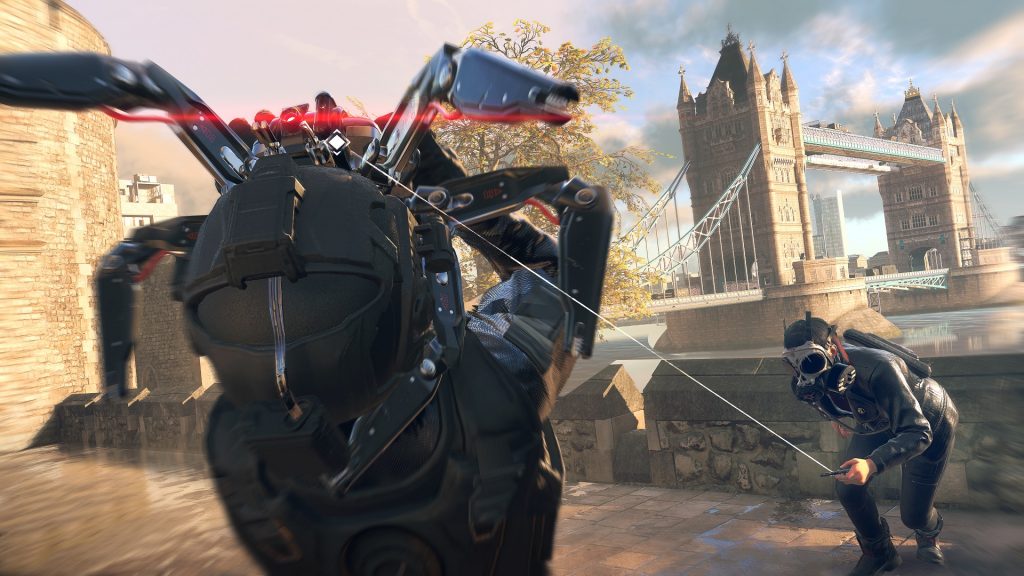 Watch Dogs Legion leaked screenshots have popped up on Resetera, and one of them may point towards a possible release date.

Courtesy of user Rodrigues solitaire, there are four new screenshots that presumably have been sourced from the upcoming Ubisoft Forward. One shows the player character possibly disguised in Met Office police garb because they’re able to “distract” their “fellow” officer. Like the previous Watch Dogs titles, the player identifies other NPCs and their belongings with a pop-out, and the red shade on the mini map suggests they’re in a restricted area.

The other screenshot of gameplay appears to be a dusty dust-up in what might be a DedSec hideout. Albion forces have burst through the door, and are about to attack the player. Circled in red is a poster on the wall, which might read “APOCALYPSE 16 SEPT,” but I can’t really tell because the screenshot is quite crunchy. The last two screenshots are of Legion’s Team tab in the menu. We’ve got Phil Ahuja, who is a Football Hooligan with the abilities Rally Cry and Tough Drunk. On the other hand, we’ve got Brian Casey, a spy who’s equipped with a silenced pistol, a swish watch which disrupts enemy weapons, and a car with missiles and a cloaking system.

The UI looks similar to Assassin’s Creed Origins and Odyssey, and I suppose it works. The most intriguing feature of these leaked screenshots is the September 16 on the wall. We know that Watch Dogs Legion is on the way to the current and next generation of consoles, and this would mean the game launches just ahead of the PS5 and XSX. Additionally, we’ve not seen or heard much of the game since its delay, even though Ubisoft affirmed that it would have been ready to launch in March of this year.

However, it could be a date for an event in London in the game. The “Apocalypse” might be something that DedSec is trying to warn the public about. It’s tough to say for certain based on these screenshots, so we shouldn’t shout “WATCH DOGS LEGION LAUNCHES ON SEPTEMBER 16!” from the rooftops. Yet.

Watch Dogs Legion will launch for PC, PlayStation 4, Xbox One, and Google Stadia.