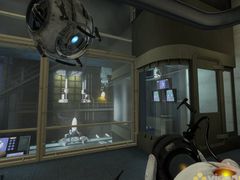 Valve is making a push to enter the education sector, with the help of a new version of Steam.

Steam for Schools is a new educational version of the Steam client that allows administrators to limit what its users can access. The idea is to use the platform as a teaching aid; Valve has already drafted a series of lesson plans for using Portal 2 and its level editor to teach Maths and Physics.

The initiative is aimed at teachers in any capacity – whether they work in standard classes, after-school activities, or even homeschooling.

The new version of Steam was revealed by Valve’s director of educational programs, Leslie Redd, at the Games for Change festival in New York City. Interested educators can sign up for the beta, which will be running this summer.

If you want to have to have a look at Valve’s lesson plans, head over to TeachWithPortals.com.