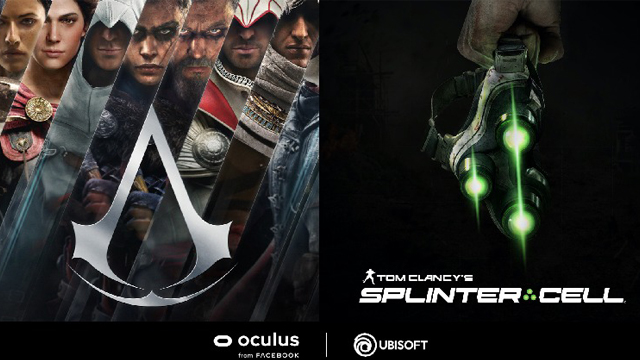 Ubisoft has announced that the company are making two brand new games in the Assassin's Creed and Splinter Cell series for Oculus VR headsets.

There's not too much information on either title as of yet, except that they'll be Oculus VR exclusives and development will be headed up by Ubisoft's Red Storm Entertaiment studio who worked on the original Rainbow Six and Ghost Recon games before they transitioned more recently into VR titles such as Star Trek: Bridge Commander.

Ubisoft Red Storm Entertainment won't be working alone however, with support from Ubisoft Mumbai, Ubisoft Reflections and Ubisoft Dussledorf studios, who were rumoured to be working on a Splinter Cell VR game back in February of this year. In fact, a Splinter Cell VR game has been rumoured to be on the cards since a job listing was spotted around this time last year.

There's no further word yet on when we can expect Assassin's Creed VR and Splinter Cell VR, but we expect there'll be more information over the next few months. Meanwhile the Oculus Quest 2 headset is set to launch on October 13.