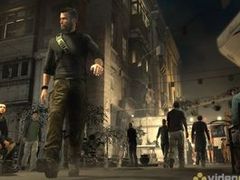 Speaking to CNBC, Ubisoft chairman and CEO Yves Guillemot has said that while motion controls will in the near future be available to all platforms, he does not expect core gamers to want to part with their game pads.

“The current pad for gamers is giving them a lot,” said Guillemot. “They play for hours, so they don’t want to get up and down. They don’t want to be tired after five minutes. These games are about reactivity.”

One area that will spread the use of motion controllers is family games, with Guillemot expecting as much as 80 per cent of Ubisoft’s family output to utilise motion in some way.

Do you want motion controls in your Halos, Killzones, Splinter Cells, Call of Duties? Share your thoughts in the comments section below.