Tomb Raider: The Ultimate Experience might be on its way to the Switch

Tomb Raider: The Ultimate Experience is apparently on its way to PC, Stadia, PlayStation 4, and Xbox One.

In 2018, Square Enix registered a trademark for “T.R.U.E. Tomb Raider Ultimate Experience.” Though it was exciting, nothing came of this, but then, the company renewed the trademark just last month. Now, with this new artwork which has been found by Game Rant, it’s possible that Square Enix is moving and shaking to release a collection of Tomb Raider titles. Take a look: 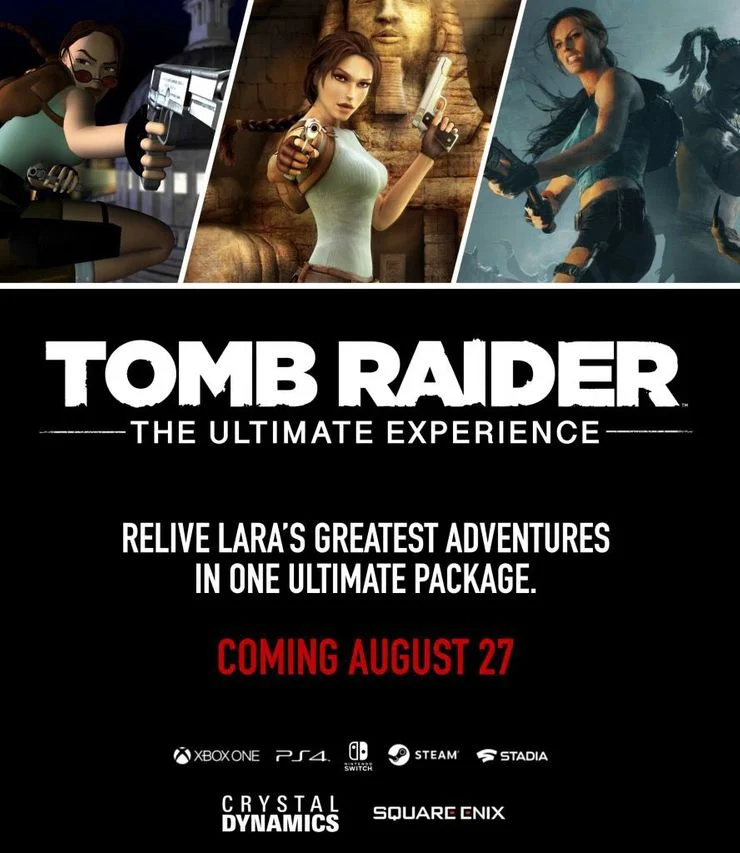 It’s not clear just which ones from the artwork itself. The first image is reminiscent of the original trilogy released in the late 1990s. The second image looks like promotional material for Tomb Raider Legend or Underworld, whereas the last image is much more modern and might be from the most recent trilogy. It is also apparently launching on August 27 for the aforementioned platforms, and Square Enix has revealed that it will reveal new games between July and August in place of E3 2020.

However, it is equally plausible that this isn’t a real bundle and it isn’t really happening. You can do a lot with Photoshop these days, and this might have been mocked up by an artistically-inclined fan of the series. We’ll keep you in the loop once we know more about this Tomb Raider: The Ultimate Experience.