This is the Police 2 nabs a release date

THQ Nordic has super-glued a September 25 release date to the PlayStation 4, Switch, and Xbox One versions of This is the Police 2.

The copper management-'em-up is pretty much everything you'd expect from a sequel to This is the Police. Marrying strategy with adventure, the game centres on Lily Reed, a fresh-faced sheriff who is struggling to bring law and order to the crime-ridden crap hole of Sharpwood.

While you'll have to oversee the daily operations of your local cop shop, This is the Police 2 kicks things up a notch by putting further emphasis on your decision-making skills, where the outcome of every challenge weighs heavily in your hands.

The local plod that make up your team are not just resources to be wasted; each one has their own unique strengths and weakness, and it's up to you to manage and utilise them accordingly.

Frankly, the whole thing sounds like my cup of tea, although I'd love a police management sim based on The Bill. I mean, how awesome would it be to rock up at a drug den as DI Frank Burnside and shove a suspect's head down the bog to extract a response?

Hell, you could even do the whole double-act of Des Taviner and Reg Hollis and pound the pavements of Sun Hill, nicking criminals and helping old ladies across the street. Hell yes.

Check out a trailer for This is the Police 2 below.

This is The Police 2 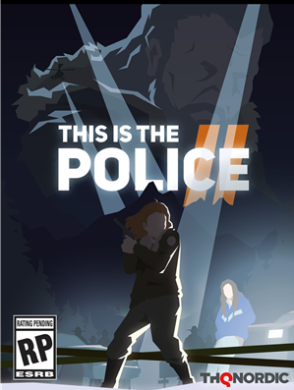 This is The Police 2