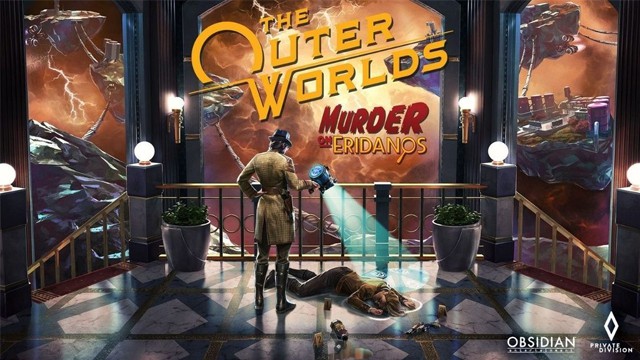 The Outer Worlds: Murder on Eridanos expansion launches next week

Obsidian Entertainment has announced that space-faring RPG The Outer Worlds will be getting its second and final expansion in the form of The Outer Worlds: Murder on Eridanos next week.

In this expansion, you'll be tasked with solving the murder of Halcyon Helen, an actress who, as the title implies, has been found dead on the planet of Eridanos. To solve the mystery, you'll have to explore the luxury tourist destination run by the Rizzo corporation, and interview characters such as Helen's former co-star Spencer Woolrich and tossball player Black Hole Bertie.

As with the main game, you'll have a lot of freedom to investigate the murder how you want, even potentially accusing an innocent suspect for the crime, but you'll also have access to a new tool called the Discrepancy Amplifier which will use Science in order to reveal new clues, quest options and it'll also provide analysis of surrounding details & evidence you find during your quest in order to hopefully help you to draw your conclusions and make your case.

You'll be able to pick up Murder on Eridanos seperately or in a pack with previous expansion Peril on Gorgon for a discount with the game's Expansion Pass. The Outer Worlds: Murder on Eridanos launches on March 17 on Xbox One, PlayStation 4 and PC and you can check out the opening cinematic below.