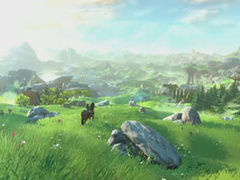 The Legend of Zelda Wii U delayed beyond 2015

The Legend of Zelda Wii U is no longer scheduled to release this year, Nintendo has announced.

The game will not be shown during this year’s E3, either.

“Since I declared at the Game Awards in December that the game would launch in 2015, the directors and the many members of the development team have been working hard developing the game,” producer Eiji Aonuma explained in a video released this evening. “In these last three months, as the team has experienced first-hand the freedom of exploration that hasn’t existed in any Zelda game to date, we have discovered several new possibilities for this game.

“As we have worked to turn these possibilities into reality, new ideas have continued to spring forth, and it now feels like we have the potential to create something that exceeds my own expectations.

“As I have watched our development progress, I have come to think that rather than work with meeting a specific schedule as our main objective, and releasing a game that reflects only what we can create within that scheduled time, I feel strongly that our focus should be to bring all these ideas to life in a way that will make Zelda on Wii U the best game it can possibly be.

“So, I must apologise to all of you who were expecting the game by year’s end, but we are no longer making a 2015 release our number one priority. Instead, our priority is to make it the ultimate and most complete Zelda game.

“I hope to use the added time to make a Zelda on Wii U that will reward you for your patience, so thank you for your continued support.”

It’s likely that the decision to delay Zelda out of 2015 won’t have been taken lightly by Nintendo. Back in December, Aonuma assured fans that The Legend of Zelda Wii U would release later this year when quizzed directly by Nintendo designer Shigeru Miyamoto.

“Yes,” he said in response to Miyamoto asking whether he was “sure” it would release this year. “All of the staff members are working together and doing their best.”

With Nintendo expected to reveal its next system – the Nintendo NX – next year, speculation will now turn to whether the game is being overhauled for a release on a next-gen console. After all, it wouldn’t be the first time, would it…?