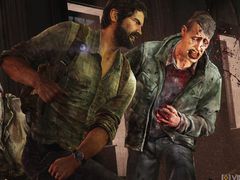 The Last of Us story-driven DLC coming in December/January

The first of three DLC drops will be released for The Last of Us on October 16, but you’ll need to wait until December/January before getting your hands on the game’s first story-driven DLC, Naughty Dog has announced.

The Abandoned Territories Map Pack will be released first on October 16, and includes:

Suburb: A layered map of an overgrown urban environment with wild giraffes in the background in the Bus Depot map.

Hometown: Stalk around in a dark, eerie, moonlit, environment – the perfect setting for some serious stealth.

The story-driven, single-player content is planned for December/January and will have strong ties into the narrative of The Last of Us. Naughty Dog says it has just wrapped up a long casting process for a new character and a performance capture shoot will begin next week.

The third DLC will also be multiplayer focussed and is planned for the first half of 2014. Further information will be revealed in the future.

Each of these DLC releases will be included in The Last of Us Season Pass (£15.99), which offers a saving of over 75 per cent over buying all the DLC individually.

Naughty Dog also announced that it’s adding some bonus items to the Season Pass. Over 60 different head items for multiplayer characters – ranging from a Nightmare Mask to a Pigskin – will be free to all Season Pass buyers. These head items will also be available a la carte.