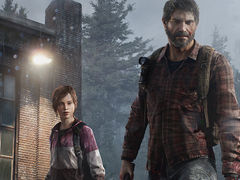 The Last of Us Remastered frame rate ‘very stable’, ‘as good or better than any other 60fps game’

Naughty Dog claims that The Last of Us Remastered’s 60fps frame rate is “as good or better than any other game that says [it’s running] at 60fps”, promising a “very stable” experience to fans looking to pick up the game next month.

Discussing whether the game ran at a locked 60fps with VideoGamer.com last week, community strategist Arne Meyer explained that he had “a long debate with our programmers about what it means to lock at 60fps, and that concept doesn’t exist as much as locking it at 30fps or some other frame rates. On the technical side, I think what we’ve been able to do with achieve at 60fps is as good or better than any other game that says that they’re at 60fps.”

But despite his confidence in the game’s performance, Meyer suggests that players may be able to “break” the frame rate should they deliberately go looking for flaws.

“If you want to break a game you’re pretty much always going to find a way to do it,” he continued. “I’ve done it on some games that the producer wasn’t happy about! But I think we’ve done an amazing technical achievement to make the game look better at twice frame rate in a very stable way than you would have imagined seeing the game at 720p/30fps before.”

The Last of Us Remastered launches on PS4 on August 1. Ideas for a sequel, Meyer says, are currently being considered.