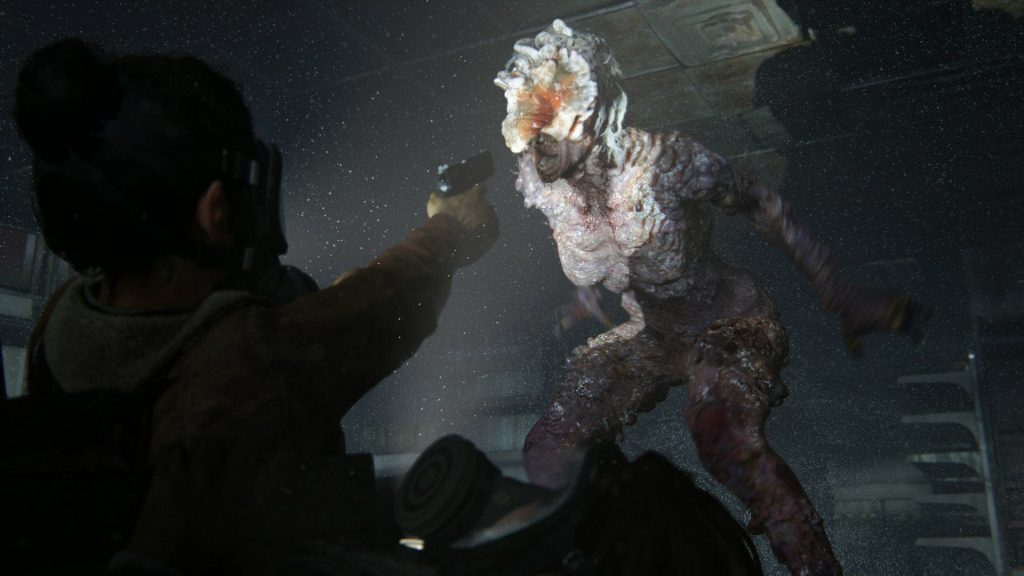 The Last of Us Part 2 is gruelling and visceral, and part of that experience is thanks to the work of the audio team which produced the unique sounds of the Infected.

First things first, the Runner enemy is beyond the tipping point of the disease, where the human is trapped inside the body that endeavours tirelessly to bite and spread the fungus. Jimenez thanked the actors for the “torturous strain” in their voices, characterising these enemies as unfortunate yet dangerous.

Then, there were the Stalkers. “One direction we pushed was the concept that the Stalkers, albeit quiet, had a sporadic shreik-y [sic] inhale and prepubescent, higher-pitched clicks to reinforce the idea that they're in the evolutionary phase between Runner and Clicker,” he explained. This enemy’s behaviour also allowed the sound designer to play with the dynamic range of their movement sounds, and really send shivers down the player’s spine.

The sounds of the Clickers were derived from the sounds from the original game, but, Jimenez added his own flair to these enemies. “A lot of the sounds were layered with various wet, gore source recorded at high sample rate with an extended frequency response microphone. This gave the vocals a texture that felt sickening and hyper-real to the listener,” he continued, and expressed his awe at the voice actors’ ability to “produce horrifying sounds etched in gaming history!”

Bloaters were described to be “just a pissed off dude covered in calcified pustules and fungi,” which I’m inclined to disagree with. If this were the case, Ellie could hand the guy a Snickers and the whole apocalypse would be over. Anyway, “raw, brutish human vocals” were the base for Bloater sounds, as well as the work of the original game’s sound designers. On the other hand, Shambler sounds had no previous material to draw upon, and Jimenez said that this was “a chance for me to instill my own creativity into the Last of Us universe.” He’ll explore how he did this in a future thread, so keep an eye out for that.