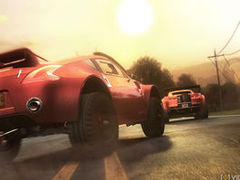 The Crew delayed until July-September 2014

In addition to Watch Dogs, Ubisoft has announced a delay for open-world racing game The Crew.

Originally set for release in Q1 2014, Ubisoft said during an earnings call this evening that the game will now launch during the publisher’s second quarter which runs July through September 2014.

“We are building franchises that will become perennial pillars of Ubisoft’s financial performance. In a context of growing successes for mega-blockbusters, the additional time given to the development of our titles will allow them to fulfil their huge ambitions and thus offer players even more exceptional experiences,” stated Ubisoft co-founder and CEO Yves Guillemot.

He concluded: “Fuelled by strong momentum for PlayStation 4 and Xbox One, calendar 2014 will see the return of growth to the console market.”