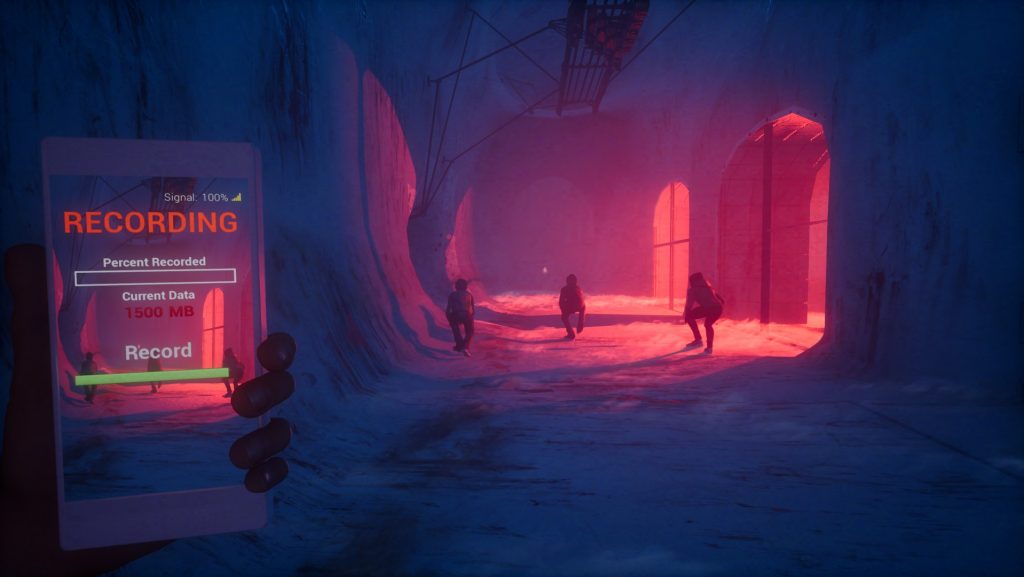 Due out on PS4, PC, and Xbox One in the first quarter of 2019, The Blackout Club takes place in a small town where its cast of teenage misfits have recently been subjected to mysterious blackouts — hence the game’s title.

Eventually one of their buddies vanishes all of a sudden, prompting the group to launch their own investigation after the town’s adult population refuses to believe their tale. This is where you come in as you’re tasked with poking around the area at night, snapping camera evidence of its ‘ominous underbelly’ to expose what strange happenings have befallen the town.

‘In The Blackout Club, the horror genre comes home,’ said Question co-founder, Jordan Thomas. ‘Our story is about vulnerable heroes — for whom co-op gameplay is a matter of survival — who unite to save their friends. We love expressive systems, where you shape the game experience as you see fit, often versus a whole ecosystem of intelligent threats. And now, they’re right next door – in a familiar, modern town, where the monster wears a human face. We can’t wait for you to meet it.’

The Blackout Club lets you team up with other players as you go about your snooping, with gamers able to customise their character with various powers and equipment. Each teen servers a unique role in the group, whether it be using drones or deployable traps to get the jump on enemies and hoover up evidence.

Watch a trailer for The Blackout Club below.