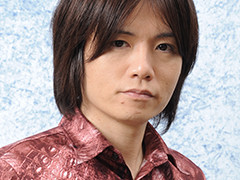 Following its successful debut on 3DS, Super Smash Bros is set for its second launch in six weeks, this time on Wii U.

So with just days to go until the hotly-anticipated brawler finally arrives, we spoke to series creator Masuhiro Sakurai about the integration of Nintendo’s new Amiibo figures, post-launch patches, online leaderboards, DLC and the possibility of Nintendo executive Reggie Fils-Aime making an appearance as an official playable character…

VideoGamer.com: Do you have plans for any additional characters or stages as DLC?

Masahiro Sakurai, Game Designer, Super Smash Bros. for Wii U and Nintendo 3DS: I understand that DLC could add a lot to the appeal of Smash Bros., and I appreciate that a major part of the excitement for these games come from which characters will appear in the roster, so I think fans could really enjoy DLC that could keep this excitement going. However, I think there might be criticism that we are cutting up content to sell characters one by one, or that we are adding things later that should have been there from the start.

Creating a single fighter involves a huge investment, and we’ve already been giving it our all and investing a lot of work in the characters currently available in the game and, I think it’s an incredible package in terms of the sheer amount of content in the game. But it might be that people may not understand and may think that I am not offering enough by just looking at DLC itself.

In light of this, we always need to weigh up both sides of this topic and carefully consider whether it really is best to have DLC or not.

However, what I can say now about paid DLC is that we aren’t working on anything at the moment. We’ve put all our efforts into making the actual game. Creating DLC would involve large additional costs and require the involvement of a lot of people. I can’t yet give you an answer about whether the price would justify the costs and criticisms mentioned above.

Nintendo fans would love to see some of Nintendo’s more notable executives in the game. Would you ever consider creating Reggie Fils-Aime, Satoru Iwata, Shigeru Miyamoto or yourself officially as roster fighters, rather than simply use Miis?

I don’t think the inclusion of these characters would be very interesting to a wide audience. For the amount of effort involved, I would actually prefer to add another roster character. As it takes a lot of work to add a character to the game, it’s not a decision that can be taken lightly.

Why has Amiibo been limited to Smash mode? Is there a possibility for their use to be extended to other modes via a patch?

We are not intending to release a patch that allows amiibo to be used in other modes. amiibo are CPU characters however they aren’t programmed to be able to fight against bosses or make their way across a level like in a platform game.

Although great efforts would be required to redesign the programming logic for amiibo from scratch, the outcome we gained would be small.

How long do you plan to continue to support both titles with patches and character balances?

Thanks for your interest, however this hasn’t been decided.

Will there be a learning curve for players of the 3DS game making the jump to the Wii U version?

This is the first time in the series where development was shared with Bandai Namco. How was that experience as the creator of the franchise?

While we were working on this project it didn’t really occur to me to consider Bandai Namco staff differently. Naturally there are lots of different people at Bandai Namco, all with their own personalities and preferences, you can’t just group them all together as one corporation.

Rather than working with an organisation as an entity, I felt that it was more like working together with lots of distinct personalities. Ever since I started working freelance, I’ve had the opportunity to work with a variety of people in lots of different places. My point is, no matter what kind of people are in the team or what kind of personalities they have, I need to do my best with that team to make the game great.

Will you be adding online leaderboards for Home Run Challenge and other side-modes to both versions of the games?

No, I’m afraid not. I find that there is a big problem with traditional leaderboards, in that they can only really be enjoyed by the people at the top. I didn’t want a system where only the best players compete and get enjoyment from ranking near the top. Instead we’ve included the Global Smash Power system which I hope you will enjoy.

Super Smash Bros. for Wii U launches on November 28.