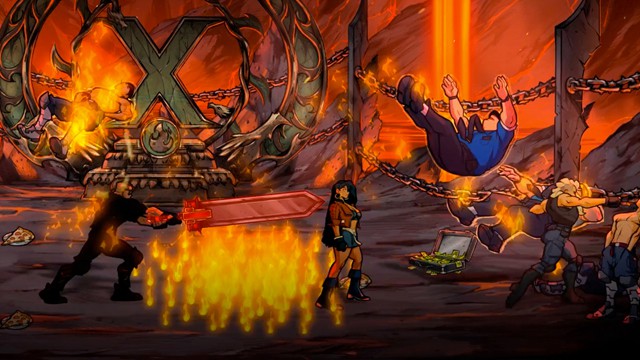 Side-scrolling beat-em-up Streets of Rage 4 will be getting some premium DLC in the form of Mr X Nightmare, publisher Dotemu has announced.

The headline addition of the new content includes three new fighters, with the first seeing Wood Oak City boss character Estel Aguirre becoming a new playable brawler alongside two other, yet to be revealed characters.  The DLC will also include a brand new Survival mode that will allow players to customise their characters with new moves to create their own fighting styles and will also feature new exclusive tracks from Sonic Mania composer Tee Lopes.

In addition, a free update is also on the way seperately that will include an increased difficulty level known as New Mania+ as well as an in-depth training system to allow you to sharpen your street fighting skills, as well as some new colour pallete options to give the game a fresh look.

There's no release date as yet for the new Mr. X Nightmare DLC or the free update, but you can check out a trailer below. Streets of Rage 4 is available now on Xbox One, PlayStation 4, Nintendo Switch and PC and you can read our verdict on the original game over here.