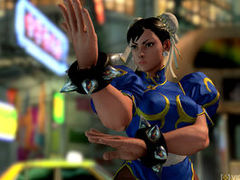 Street Fighter V will release on PS4 and PC this financial year, Capcom has confirmed, with the publisher expecting to sell 2 million units across both platforms by March 31, 2016.

A release window for the game was revealed in the publisher’s latest financial results, where it confirmed that it had plans “to launch more titles in popular game series” during the current financial year, including Street Fighter V.

It remains unclear, however, whether the game will release this side of Christmas or in early 2016. Back in March, a post on Capcom’s official blog revealed that the game was due to release in spring 2016. However, a reference to the date was later removed.

Expect to hear more on Street Fighter V during next month’s E3.