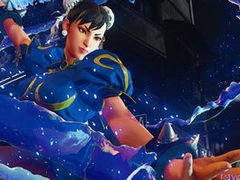 The fighting game launched exclusively on PS4 and PC last Tuesday, but failed to outdo the series’ week one sales record set by its predecessor, which launched simultaneously on Xbox 360 and PS3 back in February 2009.

Capcom has yet to announce sales figures for the new game.

Sales weren’t high enough to knock Black Ops 3 off the top of this week’s UK All Formats Top 40 chart, however, despite sales of Activision’s shooter falling by 25% week-on-week.