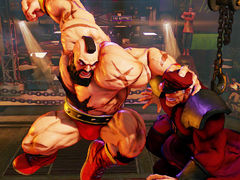 Issues with the launch of Street Fighter 5 and the associated missed sales target for the title have led to wholesale changes to development at Capcom, chairman and CEO Kenzo Tsujimoto has revealed.

“It’s best to spend a little more time in developing and running a high-quality title that will perform well globally,” said Tsujimoto in his year-end summary.

He added: “For example, some aspects of Street Fighter V needed more polish, such as the lack of content and server issues at launch. Accordingly, we feel it’s better to give a little more time to development than before, and have made slight adjustments to our portfolio.”

This change doesn’t come free, however, with Tsujimoto noting that “profits may take one or two years longer to stack up than initially expected, however we will be firmly strengthening our brands”.

Capcom does expect growth of at least 10 per cent to continue, however.

Earlier this week Capcom reported that Street Fighter 5 sold only 1.4 million units, down from its forecast of 2 million.