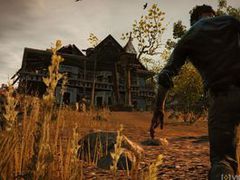 Due for a simultaneous release on PC and Xbox 360, ‘Lifeline’ is set to introduce a brand new map and a “new way to play”. Just don’t expect to see it any time soon: Undead says that it’s only “just now digging into the internal playtest process” and doesn’t yet have a final release date in mind.

More on Lifeline is expected before the end of the month.