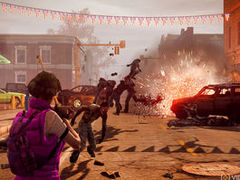 UPDATE: In a statement provided to VideoGamer.com, a Microsoft representative explained that “Undead Labs was not aware of the textures in question until they began the process of exporting textures for State of Decay: Year-One Survival Edition, and they are not visible in the original edition of State of Decay.

“Undead Labs is no longer working with the contractor in question, and this material will not be present in State of Decay: Year-One Survival Edition.”

ORIGINAL STORY: Artists hired to work on open world survival horror State of Decay hid “a ridiculous amount of genitalia” into the game’s background that went by unnoticed until work began on the game’s Xbox One remaster, Undead Labs has revealed.

Speaking to XBLA Fans, senior designer Geoffrey Card is said to have told the site that the penises were not visible in the original PC and Xbox 360 release due to its lower resolution and lower quality textures.

However, when work began on remastering the game for the Xbox One release, “the enhanced resolution and texture quality brought the penises to Undead’s attention”, forcing the studio to work on removing them from the game.

“Some of our contractors worked a ridiculous amount of genitalia into the background,” Card said, with the site adding that the offending artwork is “not visible in any publicly available version of the game”.

State of Decay: Year One Survival Edition launches on Xbox One next month.