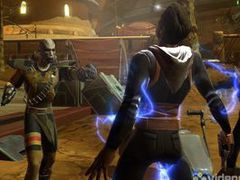 Over two million new accounts have been created for Star Wars: The Old Republic since the free-to-play option launched on November 15, the game’s executive producer Jeff Hickman has revealed.

“With the launch of the Relics of the Gree event behind us, I wanted to take this opportunity to talk about the general state of the game and the launch of our Free-to-Play option,” wrote Hickman in a new developer blog.

“Judging by the conversation in the forums and elsewhere, there appears to be a level of curiosity among many players to learn how things are going at the studio since the launch of the Free-to-Play option. Of course, that’s natural. We’re now about 120 days post-launch and more than 5 months into our new series of content updates, so we’re just starting to get a feel for it ourselves.”

So how has the free-to-play option helped the game?

“Our new, high capacity servers are teeming with people,” said Hickman. “Since launch of the Free-to-Play option we have had over 2 million new accounts created and have thousands of new players jumping in every single day. This means more people to play with, more growth for your guilds, more Warzone matches, and more ways for players to continue to advance their characters.”

Hickmam concluded: “We’ll keep listening to your feedback and continue to dedicate ourselves to making the game the best it can be. Nothing is more important to us than getting it right.

“Thanks for your continued support and see you on Makeb!”