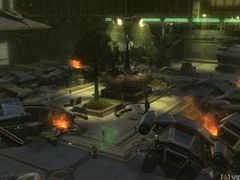 Star Wars: The Old Republic subscribers can now invite up to 25 friends to join the game’s free trial, after previously allowing only up to three, BioWare has announced.

If the subscribing users have already invited their initial three friends, this will count toward their full 25.

In order to invite a potential player, you must first find the option in the My Account setting on the official website. Those who are invited have 14 days to respond before the invite expires.

Those who accept the invite will be able to play the game up to level 15, and play through their character’s capital world, fleet, a warzone, and the first flashpoint.

Star Wars: The Old Republic’s upcoming patch, Update 1.2, is due out this April.

There is no word on whether this move is to boost faltering subscription numbers, or if the game has retained a steady level of users regardless.