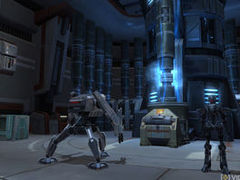 BioWare’s upcoming MMO Star Wars: The Old Republic will be the last big MMO, according to Gamebrief’s Nicholas Lovell at the London Games Conference.

“We’ve underestimated that people are prepared to spend $100 a month if you allow them to,” he said, using the developer of Tiny Tower as an example. NimbleBit received 50 per cent of its revenue from free-to-play games from a mere eight per cent of players who bought extra content in those games.

This echoes the sentiments of SOE’s John Smedley who has said The Old Republic will be the last subscription-based MMO.

It’s worth noting that EA’s other upcoming AAA MMO, The Secret World, will have a subscription.