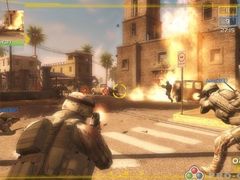 Ubisoft has cut 38 jobs at Red Storm, the studio founded in 1996 by Tom Clancy and British Navy Captain Doug Littlejohns.

The studio is best known for Rainbow Six and Ghost Recon, but hasn’t released a new title since 2007’s America’s Army: True Soldiers.

A spokesperson for the company told Kotaku that the cuts were part of “a realignment of production priorities,” adding that “these team members have the opportunity to consider positions in other Ubisoft studios”.

Ubisoft added: “The decision was part of a plan to allow the studio to focus on its core expertise: developing innovative multiplayer experiences.”