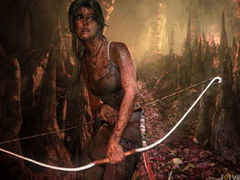 Square responds to Tomb Raider framerate-gate: ‘Anything beyond 30fps is gravy’

In a statement provided to VideoGamer.com this afternoon, a Square Enix spokesperson said:

“Both platforms offer the same outstanding Tomb Raider experience. Delivering the core Tomb Raider gameplay at native 1080p and running at 30fps was always our primary goal given the type of experience Tomb Raider is and the exploration we want players to do. Anything beyond 30fps for this version is gravy.”

However, a report on Rocket Chainsaw claims that the Xbox One version runs at half the speed, coming in at around 30fps.

Square Enix has yet to confirm whether Rocket Chainsaw’s report is accurate.