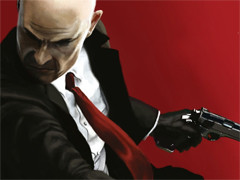 The fate of the game was left uncertain after Square Enix chose to shift the team’s focus onto mobile titles in mid-2013, but according to the LinkedIn profile of senior game designer Richard Knight, the game was formally cancelled last year.

Little was known about the title, which was first announced in late 2011 and expected to be Square Enix Montreal’s first production, but the profile of another senior designer states that the game would have been another “re-imagining” of the series and, like the earlier games, featured both third and first-person combat.

The profile of network engineer Anthony Pressacco also suggests that the game would have included support for microtransactions and online leaderboards. The first concept art of the game is thought to have surfaced in late 2012.

The studio is now developing an “unannounced Hitman game” for Android and iOS, Pressacco states.

Square Enix has never formally announced the cancellation of Montreal’s Hitman title, but in June it was reported that the studio would be shifting its focus to mobile development, with Hitman creators IO Interactive to focus “resolutely on the future vision for the Hitman franchise”.

Square also confirmed that IO was “in pre-production on a new AAA Hitman project”, although it was never confirmed whether it would be taking control of SE Montreal’s project or developing a new title altogether.

The two teams had previously been expected to alternate between AAA Hitman releases.

Neither IO or Square Enix Montreal’s new Hitman projects have yet been formally revealed.