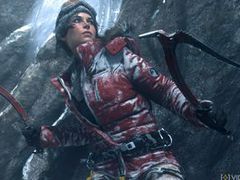 Square Enix knew that making Rise of the Tomb Raider a timed exclusive on Xbox One and Xbox 360 “would, in the short-term, disappoint fans”, the publisher’s CEO of Europe and the Americas Phil Rogers has said.

Microsoft’s “passion” for the project, however, will help Crystal Dynamics deliver “an awesome game that people will enjoy for years and years to come”, and, Rogers believes, help the IP grow.

“I hope fans know that it wasn’t an easy decision,” Rogers told Examiner.com. “I think any sort of partnership at this level is a decision that took a longtime for us to get to. The decision at a studio level, we took very, very seriously. We knew it would, in the short-term, disappoint fans.”

Rise of the Tomb Raider was announced as an Xbox exclusive for Holiday 2015 last August, upsetting fans that had hoped to see it come to other platforms simultaneously.

Ambiguity over the game’s exclusivity period continued for months, and was only cleared up last week after Square confirmed that the game would arrive on PC and PS4 in 2016.

“What we saw in Microsoft, which is probably not as well known, is that Microsoft’s passion for Tomb Raider is amazing,” Rogers continued. “Having been working with us on previous games in a lesser sense, they’ve been supportive. [However], for Rise of the Tomb Raider, they’ve just brought this passion and belief that has really enabled us to blow people away.”

Rise of the Tomb Raider launches on Xbox One and Xbox 360 on November 13.