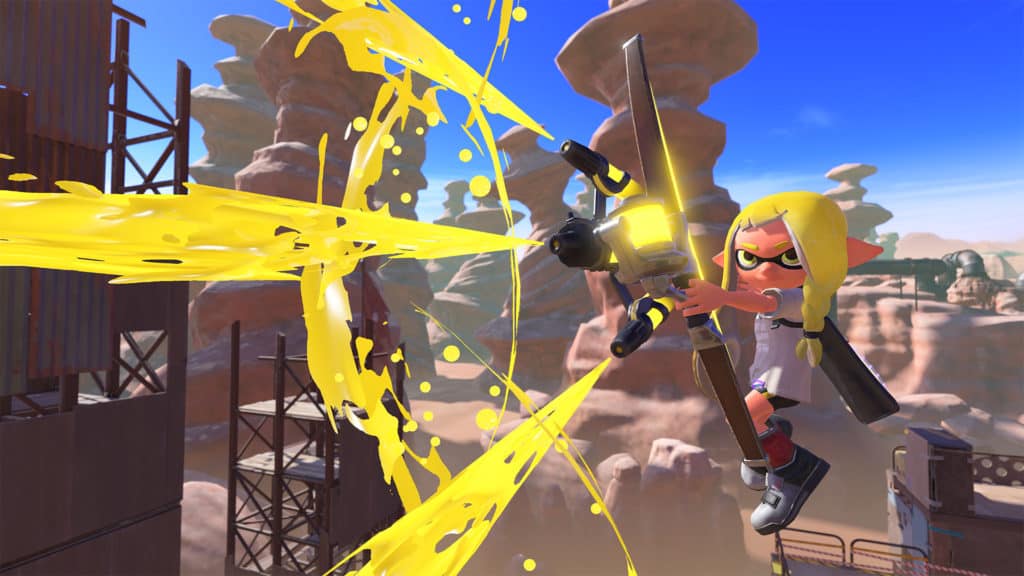 Nintendo has announced that Splatoon 3 is in the works and will be releasing on Nintendo Switch next year.

Revealed via a trailer at the end of last night's Nintendo Direct broadcast, a later press release gave us a few more details, including confirming the return of 4v4 Turf War, new manouvres and weapons including a bow-weapon, new styles for Inklings and Octolings as well as a brief glimpse at little buddy characters you'll also get to customise.

The action takes place in a desert locale known as The Splatlands, and there'll also be a new city hub area we get a brief glimpse of in the trailer called Splatsville, which also goes under the moniker of the "City of Chaos."

There's going to be plenty more information on the new game, Nintendo says, in the coming months; we quite enjoyed the messy paintball-shooting action of the previous game, so we're well up for more. Splatoon 3 is currently scheduled for release exclusively on Nintendo Switch in 2022.