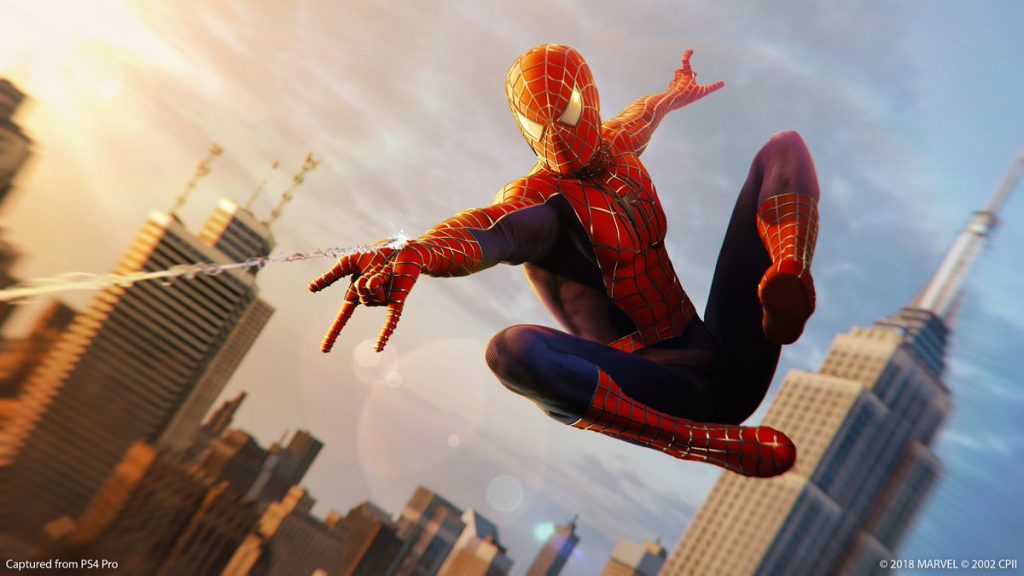 Updated on December 20, 2018 by Mike Harradence

Spider-Man developer Insomniac Games has added a new suit to the acclaimed adventurer, based on Spidey's outfit from 2002's movie adaptation by Sam Raimi.

In other words, Spider-Man is now able to fly around the New York skyline dressed as Toby Maguire's wall-crawling superhero. For many, this has been a long time coming. The suit has been on fans' wishlist for ages now, so much so that it looks like Insomniac cave in as a result of all the moaning.

Spider-Man was released exclusively on PlayStation 4 back in September, and Colm had a blast swinging his way through the Big Apple and duffing up bad guys. Keep an eye out for the game's final batch of DLC, Silver Lining, this Friday.