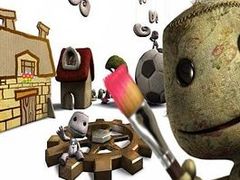 “I’m really pleased and excited to welcome Media Molecule to the PlayStation Family,” said Michael Denny, Senior Vice President for Worldwide Studios in Europe. “We announced today that we have acquired Media Molecule, making them a wholly owned part of Sony Computer Entertainment.”

Denny added: “The decision was an easy one after meeting five young, talented people with a massive ambition to redefine video games as we know them and create and grow a fantastically talented team at Media Molecule. This was followed by a fantastic exclusive relationship that culminated in the launch of one of the most innovative PlayStation games of recent years.”

Media Molecule is said to have “exciting projects” in the pipeline, with Sony revealing it is looking forward to revealing more in the “not too distant future”.

Importantly, Denny also expressed to fans of Media Molecule that nothing is going to change.

“The most important thing is that nothing will change from your perspective; Media Molecule will simply continue to make great games. Welcoming Media Molecule into the PlayStation family will allow us to better support their future titles and ambitions.”