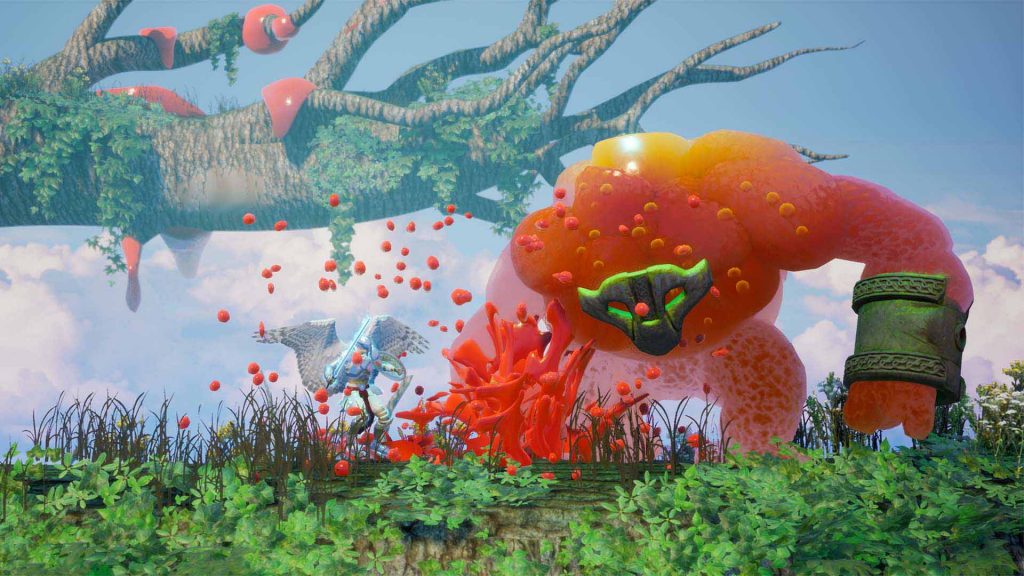 Sega has announced the release of SolSeraph, a new game from Rock of Ages and Zeno Clash developer ACE Team that features both side-scrolling platform action and top down strategy gameplay.

The story sees you play as Helios, a god who must use his divine powers to guide each tribe in the game to expand their land via a top down Populous-like view by manipulating the weather, building facilities and defending your burgeoning peoples from attacks by invading monsters. Each tribe's settlement is also surrounded by a dense fog, which when expanded into enough will reveal a creature lair, which must then be explored by Helios alone as it takes the game into a side-scrolling action view.

In the lairs, you control Helios and must use your sword, shield and godly powers to fight your way through traps, monsters and eventually the region's Younger Gods. Destroying this miniboss at the end of each lair will ensure the creatures from that lair stop attacking your village and they can continue to flourish without your guidance, allowing you to move onto the next area.

There's a lovely little trailer explaining all of this below. SolSeraph is set to launch on PlayStation 4, Xbox One, Nintendo Switch and PC on July 10.