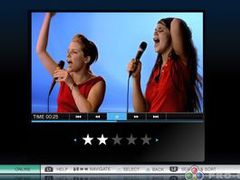 SinStar, the karaoke series for PS3, is to become a free download on the PS3’s XMB, Sony Computer Entertainment Europe has announced.

Discs are a thing of the past, with players simply needing to install SingStar from the XMB and then launch to begin singing.

All previous songs are compatible (including PS2 games), and the SingStore remains as it was. Those trying SingStar for the first time will have access to a selection of one minute demo tracks, but you’ll need to buy from songs from the store to begin playing properly.

In addition, single-player can now be enjoyed with the PlayStation Eye removing the need to go and buy microphones.

Look out for SingStar on the XMB very soon.

SingStar moves onto the PS3 with HD music videos and downloadable content.

SingStar moves onto the PS3 with HD music videos and downloadable content.