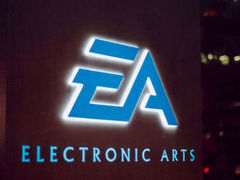 Speaking at its Game Changers event at GDC 2012, development of Sim City will be handled by Maxis, reportedly with a veteran development team that has been working on the series since Sim City 2000 in 1993.

This will be the first 3D Sim City, and Maxis senior vice president Lucy Bradshaw said building your city will have a tactility and physicality that previous games in the series lacked. There will also be curvy roads for the first time, which will be nice.

As the first new Sim City in almost a decade, the big focus is on connectivity – you can join regions with other players online, and build your cities side-by-side with your friends. A finite supply of resources will also ensure your choices will have an impact on your region.

A new physics engine and a reportedly responsive engine hopes to make this the most responsive Sim City yet. “You should be able to read your city like a set of tea leaves,” said Bradshaw.

The game was announced with a CG trailer, with no screenshots or footage. If it helps, An Inconvenient Truth director David Guggenheim said the game looks “mind-blowing”.