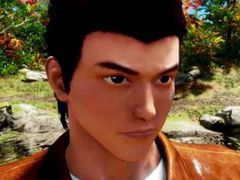 Shenmue 3 will be funded by both Kickstarter and money from outside investors, developer Ys Net has confirmed.

Responding to the question, “Can you make an open world game for just $2 million?” The developer wrote:

“No, we cannot make an open world game for $2 million. Shenmue will be produced using both the funds raised from the Kickstarter and through other funding sources already secured by Ys Net Inc.

“We are very sorry, but due to contractual obligations, details of outside investments will not be disclosed.”

Sony is involved to some degree, but it remains unclear if the platform holder is helping out financially.

“It’s a very exciting project and there are lots of PlayStation fans asking for it,” he explained. “But it’s a Sega IP and of course Suzuki Yu-san is the creator. So somehow Suzuki-san was able to work out with Sega to allow them to Kickstart the project.

“And because we liked the project, our third-party relations team struck a deal to help Kickstart the campaign at the E3 conference. That’s great PR.”

Earlier this week Sony director of third party relations Gio Corsi indicated that Sony would be heavily involved in bringing the title to market.

“The only way this is going happen is if the fans speak up and we thought Kickstarter was the perfect place to do this,” explained Corsi. “We set a goal for $2m and if the fans come in and back it then absolutely we’re going to make this a reality.

He added: “Sony and PlayStation is definitely a partner in this game and it’s going to be run through third-party production. We’re going to help Ys Net get the game done, we’re going to be partners on it the whole way, and really excited to see this thing come out in a couple of years.”

The Kickstarter campaign has smashed $3 million and 29 days remains.